Customers calling helplines to complain about their faulty microwaves or incorrect train tickets will no longer have to pay more than the basic rate, putting a stop to costly calls faced by consumers, announced Consumer Minister Jo Swinson today.

Following consultation with business associations and consumer bodies, the government will put an end to expensive premium 084 and 087 numbers for customers calling airlines, train operators, and major high street and online retailers.

Whilst many firms already offer freephone or basic rate numbers, consumers can find that some traders provide an 0800 or free phone number for pre-contract calls to lure people in, but then only offer expensive premium rate numbers when the customer has paid for a product or service. Everyday examples, such as a security company offering a freephone number for new enquiries yet expecting existing customers to call an 0844 number to report a fault, would be stopped under the measures.

The government believes it is inappropriate for callers to pay high call charges for accessing vital public services and the Cabinet Office will be publishing guidance for departments' use of number prefixes shortly.

Finally, the Financial Conduct Authority is also committed to considering whether it could introduce similar measures for those calling banks, insurance companies and investment brokers.

"It really is unfair that consumers are being stung in this way. For too long, some businesses have been trying to extract every extra penny from their loyal customers.

"From next year, if something goes wrong with a cooker, or commuters want a refund on their season ticket, they will now pay the same to phone a helpline as they do to call friends or family.

"We want consumers to be confident to shop with a range of traders. The new rights announced today will mean consumers are entitled to the same level of protection whether they are purchasing goods or services online, at home or in a shop." 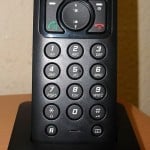 "This is a victory for the 63,000 people who supported our Costly Calls campaign calling on all companies and public bodies to provide basic rate numbers for all customer service and complaint telephone lines. We're pleased the government has extended the Consumer Rights Directive to include travel firms and that it has now agreed and clarified that basic rate does not include pricey 084 or 087 numbers.

"We look forward to seeing the guidance to stop public bodies using high rate numbers and we expect the Financial Conduct Authority to introduce similar measures in financial services to ensure that there are no exceptions and put an end to costly calls across the board."

"The British Retail Consortium has been fully supportive of the Consumer Rights Directive and has been closely involved at all stages including shaping the original proposal and working in the European parliament to secure a good outcome. It should make online retail in the UK and EU easier for business and consumers."

The measure is to be included in the Regulations implementing the Consumer Rights Directive, which is due to come into force in June 2014. It also includes:

• Increasing the time limit for returning goods purchased online or by phone from seven days to 14 days after the goods have been received, should the consumer change their mind.

• Banning pre-ticked tick boxes for extras that the consumer may not want or need and that could result in unexpected payment.

• Setting out key information consumers should be given by traders before agreeing to purchase, like additional costs or cancellation rights.

Businesses will also benefit from the new Consumer Rights Directive regulations, which will make it clearer that goods bought at a distance (e.g. online) must be returned or proof of posting must be provided to the trader before the consumer can get a refund. Traders will also be able to deduct money from refunds where there is evidence that a returned product has been used.

Save Kids’ Content Campaign joined by TV stars, MPs and peers in the House of Commons