Government Gets Thumbs Up For UK Turnaround

• On a global scale, the GECS Confidence and Recovery indices both rose in early 2014, bringing business confidence just short of positive territory for the first time in five years

The UK’s fortunes have transformed since mid-2013, and this broadly upward trajectory continued in early 2014, according to the Global Economic Conditions Survey (GECS). According to the report, overall the recovery consensus strengthened in early 2014, with a new record high of 70% of respondents optimistic about the state of the recovery, up marginally from 69% in Q4 2013, compared with just 26% who remained pessimistic, down from 30% in the previous quarter.

Respondents to the survey reported a growing number of business opportunities, with access to growth capital having improved and price levels and exchange rates stabilising further. Meanwhile, opportunities for inorganic growth appeared to reach a plateau, focusing more business’ efforts on capital spending and expanding their headcount.

However, despite strong signs of progress, business confidence levels remained essentially unchanged, and a smaller share of the business population accounted for most of the economy’s new-found dynamism. As a result 22% of UK respondents reported a loss of confidence, down from 25% in late 2013, while 40% of UK respondents reported confidence gains, down from 43% in Q4 2014. This can be partly explained by a ‘budget effect’, also observed in early 2013, which has focussed attention overwhelmingly on Government’s tax and spending decisions and put some business investment on hold. This suggests that business confidence should accelerate once again in Q2. 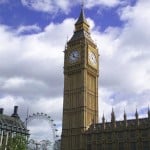 “For the first time since the GECS began, UK respondents were, on balance, approving of their government’s response to economic conditions, even though they now believed fiscal retrenchment was bound to last a little longer than previously expected. Finance professionals’ change of heart is almost certainly related to the improving state of the economy, but our findings show respondents also conceded that government support for investment had increased in early 2014.”

At the global level, the headline GECS Confidence and Recovery indices both rose in early 2014, bringing business confidence just short of positive territory for the first time in five years. 30% of respondents were now more confident about the prospects of their organisations than they had been three months earlier, a figure unchanged since late 2013. However, 31% of respondents also reported a loss of confidence, down from 34% in Q4 2013.

Finance professionals’ macro-economic outlook has improved faster than business confidence, as they have done throughout the past eighteen months. More than half of the global GECS sample (58%, up from 55% in late 2013) were optimistic about the state of their national economies, reporting that recovery was underway or about to begin. The pessimists only made up 38% of the sample, down from 42% in the previous quarter.

The report findings, however, suggest that despite positive signs the health of the recovery is in question. Emmanouil Schizas explains, “Since early 2013, global business confidence has become increasingly dependent on price and exchange rate stability. This trend is one of many signs of building financial instability flashing red in early 2014. The report notes that the performance of developed and developing economies has continued to diverge in early 2014, with emerging markets still buffeted by the financial turmoil caused by the Federal Reserve’s decision to scale back, or taper, its programme of asset purchases. Although global business confidence is on the rise, it is becoming increasingly divorced from fundamentals and confined to a few pockets of financial stability or stimulus-based growth.”

Schizas, continues, “Overall, we expect the rest of the year to be a challenging time, with long-overdue corporate investment propping up a weakening recovery in the short term. But if policymakers around the world can remain committed to financial stability, encourage long-term investment and weather the last of the Taper, the recovery can still take root in 2014.”

The Global Economic Conditions Survey (GECS), carried out jointly by ACCA and IMA, is the largest regular economic survey of accountants in the world, in terms of both the number of respondents and the range of economic variables it monitors. Its main indices are good predictors of GDP growth in the OECD countries and daily trend deviations correlate well with the VIX or ‘fear’ index, which measures expected stock price volatility.

Back to the Future with Labour says Nigel Farage