The Green Party has slammed the Government for saddling Britain’s poorest students with more debt than their wealthier counterparts.

According to the report, students from poorer backgrounds can expect to graduate from university with an average of £12,500 more debt than wealthier students.

The Green Party launched its #KeepTheGrants campaign in July to save the Student Support Maintenance Grant.

“The IFS has confirmed today that yet another Government policy is set to hit the poorest hardest. It’s a scandal that students from the poorest families are set to be saddled with more debt than their wealthier counterparts.

“The Tory government has shown once again that it has little understanding of the difficulties faced by ordinary people throughout the country, including the many students who struggle to pay for their education. 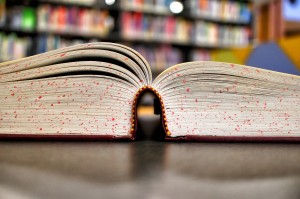 “By converting maintenance grants to loans, the Chancellor has revealed that we are not all in this together; with the poorest 40% of English university students now expecting to graduate with debts owed to the state of up to £53,000 from a three-year course.

“Student maintenance grants are a lifeline to many – including myself, who relied on it to be able to afford my sky-high student rent. Forcing those who come from less advantaged backgrounds into more debt and causing them to owe the most for their university education is another disastrous idea from the Tories.

“Greens have argued that the costs of a free higher education could be met by increasing corporation tax for larger companies to the level paid in other G7 countries, but the Chancellor is intent on lowering the tax even further.

“A recent YouGov poll suggested that scrapping student maintenance grants was the least favourable policy of the Budget, so if Osborne won’t listen to progressive opposition MPs or the growing numbers of discontented members of the public, then he should take stock of this report by the independent Institute for Fiscal Studies.”

UK To Be The G8's "Most Digital Government" By Next Year, With Billions Of Savings In Sight