Labour’s Shadow Defence Secretary, Vernon Coaker MP, has challenged the Government to support Labour's call to make it an offence to physically or verbally assault or discriminate against a member of the Armed Forces.

He spoke as Labour's Shadow Deputy Leader of the House, Thomas Docherty MP, seeks to raise the issue again today in the House of Commons through the introduction of a 10-Minute Rule Bill.

“There are still too many members of our Armed Forces who face discrimination as they go about their daily lives. In the days leading up to Remembrance Sunday, it's sad to think that those who fight for our country might need the protection of our laws, but some do.

“That’s why Labour is supporting a change to the law so that for the first time ever it would be a specific criminal offence to attack members of our Armed Forces. But David Cameron's government refuses to act. 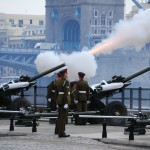 "Our dedicated and committed servicemen and women should treated with the dignity that their bravery deserves."

"The government should join Labour and MPs from all parties to introduce this long overdue protection to those brave men and women who serve our nation.

“It is only right that those who risk their lives overseas to protect our freedom are themselves protected from mindless yobs and from bigotry when they return home.”

Members of UKIP in Wales Will Choose Their Assembly Candidates