Ministers must stand up to intense lobbying from the pesticide industry by refusing to allow a banned bee-harming pesticide to be used on Britain’s crops, a coalition of organisations said in a letter to David Cameron today (Tuesday 1 July).

David Cameron and his Cabinet colleagues are expected to decide later today (Tuesday 1 July) whether or not to agree to an ‘emergency’ exemption for one of the banned chemicals, which has been applied for by its manufacturer Syngenta.

The pesticide was one of three neonicotinoids given a two-year EU ban last year after a review of all of the scientific research linked them to damaging bee health, despite opposition from the UK Government.

In the letter, The Bee Coalition, which includes Friends of the Earth, Buglife, the Pesticide Action Network UK, the Soil Association and the Environmental Justice Foundation, said that there is no justification for Syngenta’s request and called on the Department for Environment Food & Rural Affairs (Defra) to reject it.

“These chemicals have been banned because there is clear scientific evidence linking them to damaging the health of bees. Ministers should be helping to get farmers off the chemical treadmill so they can protect their crops without relying on bee-harming chemicals. David Cameron now has a clear choice: will he back scientific evidence and the well-being of Britain’s bees – or the interests of the pesticide industry?” 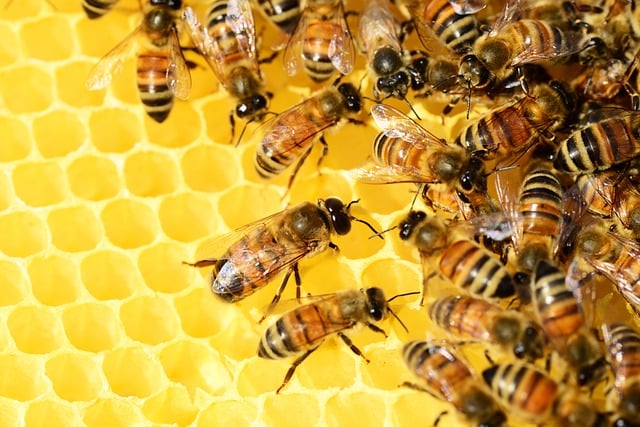 “The two year ban on the use of neonicotinoids should be an opportunity for innovation to look at new ways of controlling pests without them. This cynical move by Syngenta, supported by the NFU, will undermine the purpose of the ban and rather than support farmers will actually work against them by not allowing the development of new techniques needed to replace the use of bee toxic neonicotinoids.”

"It is imperative that the UK Government reject this request from Syngenta to use a banned pesticide which is known to be harmful to pollinators and will undermine the effective monitoring of the neonicotinoid ban in the UK. We urge David Cameron to follow scientific evidence, the European Union ban and act in favour of Britain's threatened pollinators on Tuesday."

“If the UK Government permits this derogation it will be ignoring the strong and quickly growing body of scientific evidence which points to the damaging impact of neonicotinoid pesticides on pollinating insects, including bumblebees and honey bees. Saving the bee is something the UK public rightly feel very strongly about. There are a range of methods which farmers can use which do not require the use of neonicotinoid pesticides. Organic farmers use a system of production which has strong benefits for pollinator populations – a recent meta-analysis from Oxford University showed on average, non-organic farms have 48% more species of pollinators than non-organic farms.”

“Oilseed rape is particularly attractive to bees and other pollinators, and was one of the crops which the European Commission considered to be the highest risks to bees. The two year ban was supposed to reduce pressure from our pollinator populations, if this derogation is to take place, the ban is pretty useless.”

”EU pesticides regulation explicitly aims to ensure a high level of protection for human and animal health and the environment; this should prevail over the interests of crop production. Therefore, any derogation must be exceptional, urgent and temporary and address a danger which cannot be contained by any reasonable means. People want bees to be protected, but until we have full transparency of Syngenta’s request, legal avenues to achieve this are limited.”