The Government is poised to announce next week that "the long-term unemployed will be forced to do unpaid full-time work or lose their benefits", according to numerous media reports yesterday.

The policy – expected to be confirmed by Work and Pensions Secretary Iain Duncan Smith at his party's conference – comes just three weeks after the TaxPayers' Alliance (TPA) published Work for the Dole: A proposal to fix welfare dependency, which called for mandatory participation in community work and training in return for the continued payment of benefits payments.

The TaxPayers' Alliance report, written by award-winning entrepreneur Chris Philp and published on 4 September, provides the most comprehensive analysis of how a Work for the Dole scheme along the lines of those adopted in Australia and the US could be successfully introduced here in the UK.

Reacting to the news, Matthew Sinclair, Chief Executive of the TaxPayers' Alliance, said:

"Our welfare system should support those facing hard times but it shouldn't be an alternative to work. Recent reforms mean the incentive to work has been improved, but further changes are needed to get more people off benefits and onto the job ladder. 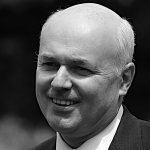 "The TaxPayers' Alliance proposed a 'Work for the Dole' scheme as the next stage of welfare reform precisely because it's not fair on taxpayers that some claimants subsist on benefits for years on end without giving something back.

"Ministers must insist that claimants work for the dole, with tougher sanctions for those who refuse, to ensure a better deal for taxpayers and change the lives for the better of people who have been abandoned to welfare dependency for far too long."