The government's response released today to challenges by the Transport Select Committee on whiplash suggests that they are redefining whiplash to suit their own needs and their friends and funders in the insurance industry, says leading law firm Thompsons Solicitors.

The government's second response to its Cost of motor insurance: whiplash report was prompted by a letter (29 October 2013) from Transport Select Committee chair, Louise Ellman MP, in which she severely criticised the Secretary of State for Justice, Chris Grayling, for failing to respond to seven recommendations on how to lower car insurance premiums.

An analysis by Thompsons Solicitors of the government's report (published today – 12 December) reveals stark evidence of the government's on-going failure to properly challenge the insurance industry so that access to justice for injured people is protected.

"Rather than properly answer the questions posed by the Committee, the government has again sought to use perpetuate the insurance industry myth of a whiplash epidemic and a compensation culture.

"The figures reported today in Appendix B of the government's response makes clear that RTA and personal injury claim levels remain static and that whiplash claims have in fact fallen in recent years," says Tom Jones, head of policy and public affairs at Thompsons.

Instead of accepting the figures as they exist the government has chosen to cut their data to support their line and lumped together all manner of injury types to bolster their case. They're redefining 'whiplash injuries' in order to suit their needs."

"Of course stats which point to a reduction in whiplash claims won't be welcomed by the government's insurer pals who've hung their hat on Britain being 'the whiplash capital of the world' in order to push through legal reforms which will make it harder for injured people to secure compensation," continues Mr Jones.

This, the firm argues, is a typically craven response from a government that has continuously failed to challenge insurance industry lobbyists who say fraudulent whiplash claims are keeping the cost of motor insurance premiums for consumers high. 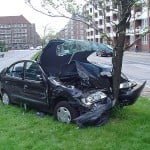 Incredibly, rather than force the insurers – who hold all the cards – to do anything, the government has ducked the suggestion from the Transport Select Committee that they should compel the insurance industry to take responsibility for a reduction in premiums given the statistical evidence that claims are falling.

In today's report, the government says it's an 'area we need to do further work on' but that ultimately, the 'timing of any reduction in the cost of motor insurance premiums is a matter for the industry itself.'

Mr Jones comments – "The insurers have already been chastised for over-reporting on whiplash compensation levels to the Committee but have not – as they said they would if claim levels fell – passed any of those savings back to consumers.

"There is clear evidence that the insurers are making very substantial profits and there is every reason why they should then reduce premiums."

The firm also accuses the government of taking another punt at selling their so-called 'strong case' for changes to the small claims limit. As documented in their consultation response of March 2013, Thompsons could not find any evidence to substantiate government claims that increasing the limit would reduce instances of fraud.

"If it's about countering fraud, then far from putting off someone intent on pursuing a dodgy claim, the prospect of having to use the small claims tract would actually be more appealing because the claimant would run a lesser risk of having to pay costs if they failed to satisfy the court of the claim. There is also the small issue of the balance of power between heavily financed insurance companies against individual claimants."

Not only is the government failing to get insurers to face up to their responsibilities but they are allowing them to get away with offers in cases made before medical evidence is obtained.

"How insurers can justify payment in a person injury case when there is no assessment of the medical consequences of that injury is beyond me. And yet the government has no intention of forcing the ABI to deal with this scandal."

Against a backdrop of 'reducing bureaucracy' and costs, the government has also chosen in its report to float the idea of a new, standardised medical report form which would be made 'equally available to claimants, insurers and (where necessary) courts'.

This flies in the face of existing guidelines on privacy and best practice by suggesting that the defendant's insurance company might receive the results of a medical examination at the same time as the person affected.

"For the last 35 years insurance companies have been obliged in law (under the Access to Medical reports Act 1988) to allow an individual first sight of any medical reports they obtain; we see no reason why injured people should have less rights than the insurers' own customers now and call on the government to clarify their stance on this," concluded Mr Jones.

The Transport Select Committee launched a call for evidence to review Government action on whiplash to examine if more could be done to reduce the insurance premiums. The deadline for responses will fall in January 2014.