– New guidance will provide further support to interns uncertain about their pay rights.

Interns are to get more support to protect their right to fair pay, as the government launches new advice for young people and cracks down on unfair practises.

The new video and posters will clearly explain to people leaving education and making their first step on the career ladder what their rights are in relation to being paid the National Minimum Wage (NMW), where to go for more information and what action they can take if they feel they have been exploited. Information available to young people will also be boosted online and through social media such as the NMW Facebook page.

Alongside the new guidance, HM Revenue and Customs (HMRC) who enforce NMW on behalf of BIS, will be sending out letters to 200 employers who have recently advertised intern opportunities and unpaid work. The letters will alert businesses that HMRC will shortly be carrying out a series of targeted checks to make sure employers who have advertised internships are paying all their workers the correct NMW rate.

"Leaving education and getting a job for the first time can be daunting for any young person. Internships can provide an important first step and are often a valuable way of helping young people start work. They should be open to everyone in a fair and transparent way.

"To do this, we have to give young people the information and support they need so they are less likely to be exploited. This is why I'm delighted to launch the new video and posters produced with 4Talent today.

"Not paying the National Minimum Wage is illegal and if an employer breaks the law, government will take tough action. Already this year HMRC has issued penalties to 466 employers. Anyone considered a worker under the law should be paid at least the minimum wage, whether they are an intern, or someone on work experience.

"Anyone who feels they are being exploited should contact the Pay and Work Rights Helpline on 0800 917 2368. Any intern calling that number will be prioritised by HMRC.

"We will continue to work closely with HMRC to clampdown on rogue employers. The targeted letters being sent to employers advertising internships today is just one example of this work. By raising awareness of NMW rates and the law we will make sure people play by the rules and treat their workers fairly."

HMRC also revealed today the results of enforcement activity focused on London Fashion Week as the fashion industry often takes on a high number of interns.

HMRC checks made sure that all businesses now pay proportionate expenses and enforcement action identified two employers not complying with NMW law and unpaid wages being repaid to two workers involved.

"HMRC's London Fashion Week campaign significantly raised awareness of the legal requirement to comply with the NMW in a sector which has often ignored it in the past.

"Any employer not playing by the NMW rules needs to put things right now. Those that don't can expect a visit from HMRC – which could result in a penalty, payment of arrears, being publicly named and shamed by BIS or a prosecution." 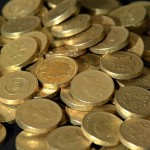 The campaign, in collaboration with the British Fashion Council, began during fashion week in 2012 to raise awareness of NMW with employers in this sector.

Revisiting many of the employers in Spring this year, HMRC found that there was a significant change in behaviour with nearly 80 per cent of businesses involved in the campaign.

This included adopting NMW guidance on the use of interns and payroll, maintenance of payroll and associated record keeping which helps HMRC with future investigations to make sure businesses are paying NMW.

Interns and potential interns will also benefit from a concise guide on what to expect from a high-quality internship, and what interns' rights are with regard to pay. Published by Intern Aware and Bournemouth University on behalf of the Gateways to the Professions Collaborative Forum, and supported by BIS, this has been developed as a supplement to the Common Code of Best Practice for Internships.