There is speculation that the government is ready to give the housing market a boost by doubling the discount available to those that qualify to buy their social housing via the ‘Right to Buy’ scheme.

At present, under the scheme, people can buy their council house if they have lived in social housing for five years (non-consecutive) with the amount being dependent on where they live. More details can be found on the Direct.Gov site here.

The current discount available spans between Â£16,000 in Wales and Â£38,000 in places like Barking and Dagenham or Havering in London or the South East of England subject to some exceptions.

The amount you get also depends on how long you and/or your partner have been in social or maybe military housing.

But it now seems that the government are looking to increase the discounts available. This would increase the average discount or saving from Â£26,000 to Â£52,000. It could be as high as Â£76,000.

This, according to the Guardian, will enable ‘millions of council tenants’ to buy their homes at ‘half price’.

It also seems that the government will set up mortgage indemnity schemes whereby the taxpayer would backstop any high loan to value mortgages taken out by the buyers. And there will also be a way for tenants to dip into their pension pots and release money for the purchase. 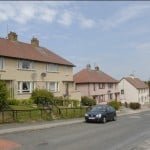 But as these tenants already have a place to live one wonders why the government would waste time and money on this. Why not just leave it as it is?

Then you see that the government will also, according to the Guardian report, announce plans to build up to 450,000 new mainly affordable homes from now until 2015.

One can see the thinking. Banks are not lending to businesses to build houses, so what we’ll do is get them to lend to council house tenants who are effectively getting their houses cheap, so reducing the risk to the bank if house prices still drop a bit (or even a lot) further reduced by a government backed mortgage indemnity insurance scheme. The money raised from the sales goes into the public purse, which can then be used to finance more council housing – so no need to raise taxes or divert funds.

Council (taxpayer) assets are therefore placed in the hands of the banks via mortgages at a reduced price with sub-prime mortgage risk being borne by the taxpayer. This scheme is available to those that would not be looking to buy anyway and those that don’t qualify will still buy through the traditional route, so with council house re-sale rules in place the general housing market prices are not affected for many years. And in the interim peoples’ pensions will be used up before they retire just to keep the great housing Ponzi scheme going.

Mortgage Of The Day – The Mortgage Works Prime