The stock market is certainly getting all the attention these days, but not a lot is said about other disturbing fundamentals. These fundamentals are troublesome, and if they aren’t fixed, the U.S. economy could end up in a downward spiral in a very short period of time. With these conditions, those who are saving and investing for the long term can face a significant amount of scrutiny.

I’m talking about the U.S. national debt and the U.S. government posting another budget deficit.

When someone goes to get a loan, the bank usually asks how much in assets the person has or what their credit score is; this way, the bank can judge their ability to pay back the loan. If a person has a significant amount of debt already and a bad credit score, then banks will be hesitant to give them anything. There’s no rocket science behind this; the chances of a person with bad credit and a lot of debt defaulting on their liabilities are very high.

Here’s where it all becomes troublesome; according to the Congressional Budget Office (CBO), the budget deficit of the U.S. economy will continue on until at least 2038. The CBO expects the budget deficit to narrow a little in the next few years, but then increase from there once again. (Source: “The 2013 Long-Term Budget Outlook,” Congressional Budget Office web site, September 17, 2013.)

If the U.S. government continues to post a budget deficit, it will mean higher national debt, which can be very dangerous. 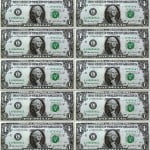 This is because the higher the national debt, the higher the interest payment the government will have to make. Now, if we assume that the Federal Reserve will be moving towards normalizing the monetary policy by raising interest rates, the cost of borrowing will become even higher. Therefore, the interest payments will get much bigger—these payments may just become the cause of an even bigger budget deficit.

One thing is very clear: if the government continues to post a budget deficit at this pace and doesn’t take any measure to move towards a surplus—receiving more than spending—then a lot can be jeopardized; this phenomenon could even lead to the U.S. government defaulting on its debt. As a consequence, the bond market and those investors who rely on fixed income and hold U.S. bonds might just see the “income” part disappear. Investors in these areas may want to be cautious of where they’re stashing their long-term investments.

This article Government to Run Budget Deficit Until 2038; How Can Money Printing Stop? by Mohammad Zulfiqar, BA was originally published at Daily Gains Letter