“Today’s deluge of announcements can’t wash away the fact that the Government is failing to deliver the clean energy transformation we need for our economy and environment.

“Instead George Osborne is betting the farm on fracking – over-hyping its potential and lavishing it with tax breaks, whilst slashing environmental regulations.

“Meanwhile, the Government is breaking the terms of its Coalition Agreement by offering yet another public subsidy for over-priced nuclear power."

Commenting on the first official statistics of take up of the Government's flagship Green Deal scheme for energy efficiency, Friends of the Earth's Warm Homes Campaigner Dave Timms said:

"Today's figures are a disaster but not unexpected – the Green Deal's potential has been absurdly overhyped by Ministers to cover the fact they didn't have a comprehensive strategy for insulating the UK’s cold, expensive to heat homes.

"Saving energy is vital for making energy bills affordable and tackling climate change, but with only four households taking up loans since the Green Deal began, the Government’s efforts are falling embarrassingly short.

"Lower interest rates, more incentives and tough regulations on landlords to improve the worst insulated rented homes would all increase the take-up of energy efficiency measures.

“The fuel poor especially have been left in the cold by recent cuts to Government energy efficiency schemes, which must be reversed.” 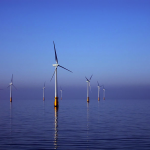 "Shale gas is not the solution to the UK's energy challenges. Its potential has been hugely over-hyped and there's little evidence it will drive down fuel prices.

"Extracting shale gas will have a significant effect on local communities and our environment – the more that's extracted, the bigger those impacts will be.

"The North could be at the heart of Britain’s green energy and economic transformation, but not by turning it into another 'gaslands'.

"We need a 21st century energy revolution based on efficiency and renewables, not more fossil fuels that will add to climate change."

Study predicts over 1.2 million people in England and Wales will be living with dementia by 2040

Vendors in the Eurozone Feel the Sting of a Strengthening Pound