In what will be seen as a significant blow to government attempts to kickstart the economy by encouraging lending to small businesses, borrowing from the Enterprise Finance Guarantee scheme fell to a record low of Â£66 million in the first quarter of 2013.

But this failure by a flagship government initiative does not tell the whole story as Dermot Campbell, Managing Partner at Kuber Ventures explains:

“The Government’s Enterprise Finance Guarantee scheme (EFG) has been another example of a failed effort to kick-start lending. With a reliance on third party lending via the banks it is, like Funding for Lending, suffering the consequences of a reluctance by the finance sector to support UK small businesses.

“The EFG scheme may not be having the desired effect, but fortunately this is just one initiative among many that has been set up to help small British businesses generate funding. Alternative investment schemes, where the Government has influenced funding into small businesses directly via tax incentives, have had much more of an impact in stimulating small business growth. 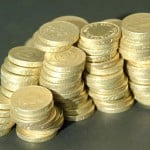 “Enterprise Investment Schemes (EIS) are one example of such a market that continues to grow in size each year since its conception. Over Â£13 billion has been invested since they were launched in 1994 and around Â£500 million was invested in the 2011/12 tax year alone. The market is predicted to see up to Â£2.5bn worth of investment into EIS each year, following the FCA’s recent decision not to include EIS as a UCIS.

“What is encouraging, is that although the banks continue to refuse to support this vital part of the UK’s economy, confidence is high. Small businesses are the bedrock of our economy and we are at a pivotal moment in time where continued support could help drive UK economy to reach its former glory.

“The more funds that are available to small businesses the better and although the EFG scheme may be falling behind on its goals, it is not without its virtues when considering its importance in the wider context of ways in which to encourage small business lending.”

Copper speculator grabs 80% of the market