Fleximize, the SME alternative finance company, today welcomed the positive sentiment in the Queen's Speech announcements supporting greater access for small businesses to alternative finance but it is disappointed that there is not yet a commitment to force banks to forward on the details of SMEs they reject for funding to alternative lenders means it has missed a massive opportunity to help British businesses and the economy.  The decision ignores the wishes of the vast majority of SMEs revealed by Fleximize research.

Research from Fleximize, which offers a choice of flexible loans and revenue-based financing to small and medium sized businesses where repayments are tied to a client's revenue flow – paying back more in good months and less when income drops – reveals that 65% of SMEs believe banks should be forced to provide details of SMEs they have rejected for funding to alternative lenders.  Only 7% are against this, with the remainder undecided. 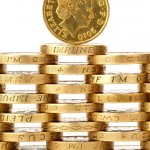 "Documentation supporting the Queen's Speech refers to the work already being done by the major banks and the BBA in signposting businesses rejected for finance to alternative sources and that stronger process will be put in place for businesses to be signposted to an even wider range of providers, brokers and advisors. But this doesn't go far enough. We need less talk and more action. We can only hope that the final Small Business, enterprise and Employment Bill contains more positive initiatives.

"The longer this decision is delayed the greater the cash crisis becomes for SMEs and the less it seems that banks are willing to lend to them: there is a growing trend for banks to provide less credit as official figures reveal that lending to SMEs fell by £723 million in the first quarter of this year.

"In contrast, alternative lenders are picking up the pace having extended over £150 million to SMEs in the same quarter. Every month 5-6% more capital has been deployed from alternative sources than the month before.  Empowering finance providers with data would be like pressing the turbo button on the alternative lending market for SMEs – the growth could be explosive."

Fleximize analysis also reveals that the total amount lent to businesses in the UK by online alternative lenders and platforms was over £80 million in April, or £2.70 million per day, which is an increase of 5.8% on March.

The Difference Between a Home Warranty & Homeowners Insurance

There's a new quid on the block: the new £1 coin is here!