* 99% of grandparents cover childcare and entertaining for free

School will soon be out for summer and while the children are looking forward to their long break it seems that grandparents are increasingly taking the strain and looking after grandchildren this summer. More than two thirds (68%) of grandparents will look after their grandchildren at least once over the summer holidays according to research from Saga Motor Insurance.*

Two fifths (41%) of grandparents say they plan to step into the breach whenever necessary, while a quarter say they plan to look after their grandchildren regularly over the summer – at least once a week.

As any grandparent will know, kids these days travel with a range of expensive electronic gadgets – from games consoles and phones to tablet computers and even in car DVD players for longer journeys. In some cases, these could add up to Â£500** or more. If these are left in the car then Saga Comprehensive Car Insurance covers loss of personal belongings up to Â£1,000, but grandparents should remind their grandchildren to keep valuables out of sight.

99% of grandparents do not get paid for the childcare they provide and presumably wouldn't dream of doing so, but with the average childcare cost for 3 days a week sitting at over Â£103***, it's clear that grandparents are saving a fortune for their own children. 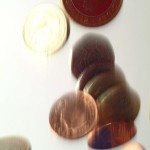 It's not just the care that devoted grandparents provide for nothing. On average they will spend Â£82 looking after their grandchildren during the holidays, Saga estimates that this means a total spend amongst grandparents of more than Â£300m****. One in seven plan to spend more than Â£150 and once again this is something that 99% of grandparents do because they want to and do not get reimbursed.

Roger Ramsden, chief executive, Saga Services, commented: "It is clear that grandparents provide valuable support for their families over the summer holidays. They are telling us that this is something they enjoy doing, they like spending time with their grandchildren and taking them out and entertaining them. So whilst the help they provide supports their own children financially, it also benefits them too."