Grant Schapps, the coalition government’s housing minister, has said that elderly homeowners should be encouraged to vacate their homes to make way for families.

Pensioners, he said, should be given help from local councils to find more ‘suitable’ accommodation (for ‘suitable’ read ‘smaller’), which would then free up some of England’s estimated 25 million empty bedrooms, which are currently in the hands of elderly couples.

Those elderly homeowners who volunteer for the plan would retain ownership of the property and also receive profit from the rent.

This is based on the government backed pilot scheme ‘FreeSpace’ in Redbridge which, Grant Schapps says, more councils should emulate as many older people become imprisoned in unsuitably large properties.

“For too long the housing needs of the elderly have been neglected.” said Mr Schapps “Older people who should be enjoying their homes have watched helplessly as their properties have become prisons, and many have been forced to sell their homes and move into residential care. With nearly a fifth of our population expected to be over 65 by 2020, radical and urgent change is needed to ensure the nation’s housing needs are met.”

Whatever happened to the markets deciding these affairs in a supposedly capitalist society? In a well balanced economy these matters take care of themselves. What we need is a plentiful supply of affordable housing; it is the lack of supply that is the problem.

This latest wheeze is the thin end of a socialist wedge whereby the state determines who can live where. Who are the deserving of the larger properties and who are not.

Unless we build more houses the councils will be asked (forced) to get involved more and more in the private housing sector.

How long before the elderly ‘volunteers’ become the elderly ‘encouraged’ and then the elderly ‘morally blackmailed’ being forced out because they are made to feel that they are not worthy to stay in the home the paid for?

It sounds very fluffy and warm on the outside, but this policy is a redistribution of housing space wrapped up in fancy wrapping paper. That a Tory led government is pursuing such a socialist plan shows how bad the housing situation and the future of the economy is. 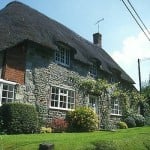 As a nation we have poured many billions into our housing over the last decades and we’ve still ended up with too few houses, what a mess.

And what happens when the elderly homeowner passes away in care? What are the rights and security of tenure of the tenants that the council has placed there? Do their needs overarch those of the heirs to the estate who may need or wish to sell the house?

And what sort of people will be placed in these houses that the homeowners have nurtured over the years? The overwhelming majority may well be responsible, but you could end up with one of the families from hell.

Who has responsibility for insurance and upkeep? The will council end up just spending as much as they did looking after council houses.

The government just want your houses. This is a policy straight from the Soviet era and should be consigned back there. At the end of it we still get people forced to rent because there’s not enough houses and they will still be priced way too high.