It may have one the heaviest traffic volumes in the UK but Greater London tops the safe driving table according to analysis from Aviva's Drive App (table below).

Data from over 3.5 million miles driven by users of the app reveals the areas with the safest drivers. Greater London, including areas such as Islington, Chelsea and Croydon takes the top spot in Aviva's table – which is especially impressive given the heavy traffic volumes, indicating residents are more likely to prioritise safety over speed. Drivers from Devon also demonstrated strong road safety skills by placing second in Aviva's table, with East Yorkshire coming in third.

At the bottom of the table, according to data from the Aviva Drive app, are Buckinghamshire, (home to Milton Keynes and its many roundabouts); Norfolk (perhaps the long, flat roads are a temptation to some to put their foot down?); and Northamptonshire (which may suffer from the fast-paced influence of Silverstone?).

The Aviva Drive app uses smartphone technology to record a motorist's driving style – covering their acceleration, braking and cornering. At 200 miles, the app gives drivers an individual driving score, which is used to calculate any personalised discount the motorist has earned – up to 20% off their Aviva premium. The discounts are in addition to any other Aviva discounts for which they are eligible.

Heather Smith, director of marketing at Aviva, said of the findings, "Although it's fun to look at different regions' driving scores, our results clearly show that the UK is a nation of safe drivers. The average score by all users of the Aviva Drive app was more than 6 out of a possible 10, meaning most drivers qualified for a discount on their premium.

"In fact, three out of four drivers who completed the app qualified for some form of discount, and 31% of drivers qualified for the maximum 20% discount. So even though the Aviva Drive app is seen by many as an interesting way to measure how safely you drive, it's also a great way to save on your motor insurance." 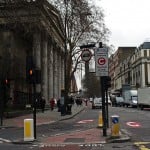 Road in London by Mariordo

Data from the Aviva Drive app also demonstrated that age continues to be a relevant factor in how we drive, although it did challenge a few popular age-related driving stereotypes. Over 70's, for example, scored best out of all ages on careful braking. And those aged between 60 and 69 were found to be the safest 'generation' of drivers. All age groups scored lowest on cornering out of the three driving behaviours that the app looks at (acceleration, braking and cornering), with those under 20 scoring lowest out of all ages.

Aviva's app has not yet settled the age-old question of who is a better driver, men or women. However, it did show that married people (on average) scored better than those who are single.

The most popular time to begin a journey is between 3:00 and 4:00pm, as kids come out of school, although morning rush hour is also busy, with 5:00am to 7:00am the peak times. Journeys tail off later in the evening, although men make around twice as many journeys as women between 10pm and 5am.

The app also supported the discounts drivers can earn for not making a claim, as drivers with higher No Claims Discounts had better driving scores.

Heather concluded, "There is a lot we can learn from the Aviva Drive data, helping us to ensure we offer the best price to each individual customer. Of course, the beauty of the app is that you are recognised for who you are: not old or young, married or single, but instead how you drive. We think that is the fairest way to price insurance.

"And with three out of four app users qualifying for a discount on their insurance, we know that it is appealing to our customers, as well." 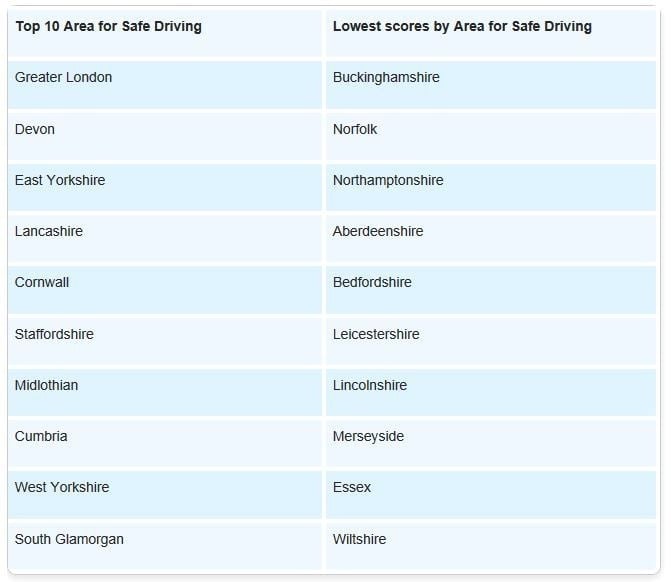