Isn’t it strange that we’re now in a position where a relatively small country in GDP terms now has the Eurozone and almost certainly the EU, if not the whole planet, by the unmentionables?

We are now definitely in the second half of that sentence with regard to Greece and they know it.

The elections in Greece in May sent a warning to the rest of us; you force austerity on us at your peril as we will only take so much.

That message is now being put across with reports of mortgage rates set to rise if Greece leaves the Euro and that, without ever closer union and a pooling of assets and risk, the next thing we could see would be a Greece led bank run.

Greece fiddled its books to get in, with Eurozone member complicity and then had a high time for a while and the Greek government didn’t even think it wise to collect a few taxes along the way. Now a bill large enough to cause all our governments, businesses and families anguish has arrived and no-one’s got the cash to pay it.

Although there have been calls for Greece to leave the Euro by some like Vaclav Klaus and Hans-Peter Friedrich, it appears that everyone that ‘matters’ is committed to Greece staying in the Euro.

Now, if Greece leaving the Eurozone was good for the Eurozone (and therefore the EU and the rest of the world) but bad for Greece, do you not think that all and sundry would be calling for them to go? After all self preservation is a strong force. 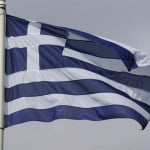 But what appears to be the case is that a severely austere Greece staying in the single currency is good for the Eurozone and the rest of us. It may in fact be the only route to the survival of the current system. And the more austere Greece is the better.

What is happening now is a long negotiation by the people of Greece with the rest of the people of the Eurozone to try and work out who needs who most, how much it will cost each side in austerity or bail-out money and whether one side or the other thinks it is time to pull the plug. With the fresh Greek elections in June being just another part of the process.