Greece – it is not the end yet

The Greek tragedy is still not at an end and it appears that the politicians in Athens still haven't grasped the severity of their situation.

The reforms that the Eurozone is expecting Greece to make should have been started years ago in order to put their house in order and to spur on growth and employment opportunities. The pressure is rising for extending a new bailout, as the crisis has the potential to deal the Eurozone a blow through contagion.

In the meantime the Eurozone leaders are preparing the way for Greece to exit from the Eurozone. Those are not alternative scenarios. Those are plans that include provisions for the expulsion of member states which persistently break the rules.

The Greek economy is in free fall with 2.8% contraction taken into account by the European Commission for 2012. They have fallen deeper into recession since they received a first bailout in May 2010. The latest unemployment figures showed the jobless rate hit a record of 20.9% in November 2011, with youth unemployment a staggering 48%.

In the corridors of the European Commission there is heard again and again, "Greece needs to exit the Eurozone". They underline that Eurozone member states are not willing anymore to live with a system where promises are made time after time and are not kept and the implementation measures are getting weaker. Athens, they say, will find a way to circumvent the measures; just because Greece agreed on targets does not mean they will deliver.

Furthermore, the Eurogroup made it clear that without reforms Greece should not expect another bailout. Eurogroup leaders want strong political assurances on the promised reforms and that they will continue after the April elections in Greece.

But, a new government might decide not to honour the deficit reduction promises, causing a new confrontation with the rest of Europe. Knowing that there is not going to be another bailout they might even decide to exit the Eurozone.

Antonis Samaras, leader of the New Democracy party has already hinted that the measures should be renegotiated after the national elections.

Germany and other Eurozone states made it clear – there are no renegotiations on the rescue package. 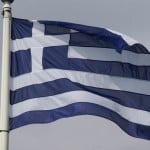 Greek exit from the Eurozone seems less of a risk today, but this risk has not disappeared. Most Greek savers would pull their money from the banking institutions at the first sign of a Euro withdrawal. Financial and economic chaos would probably follow.

That would be expansive for tax payers across Europe and economically it would be risky, and no one knows what consequences a Greek bankruptcy would have for other indebted countries like Portugal, Ireland, Spain and Italy.

An orderly Greek bankruptcy is a possibility and could even restore confidence in the stability of the Eurozone and such a move would not destabilise financially shaky countries.

For this to happen, the decision about the future of Greece must be made now. In the halls of the European Commission there is the notion that this would be an honest solution and it would help Greece. This would be worthy of being called a rescue package. Otherwise European institutions will have to contribute more funds to keep Greece afloat.