European equities are trading lower on the surprise outcome of the Greek referendum result on the international bailout conditions set by the European Union (EU). Clearly, the ‘No’ result allows the Greek government to negotiate from a position of strength, but both Greece and the EU will have to seek compromises to avoid a disorderly Greek exit.

There are already signs that negotiations out of the current crisis are underway, starting with the resignation of the Greek Finance Minister Varoufakis – a gesture that has been described as ‘helpful’ in reaching an agreement. But over the medium- to longer-term, the Greek government and the EU will have to address the much thornier issue of debt sustainability.

Last week’s publication of the IMF’s ‘Preliminary Analysis of Debt Sustainability’ acknowledged that the 2012 programme agreed between Greece and the European Union could not be achieved without efforts on both sides. Greece would have to accelerate its reform programme, while the EU should consider a meaningful debt restructure, involving maturity extensions, haircuts to creditors, and additional financing over the next three years of up to €52 billion. 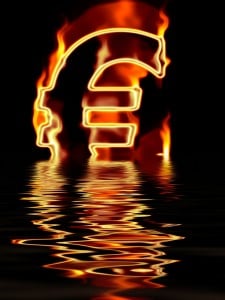 The IMF’s report articulates a way forward out of this crisis, but the politics of implementation are much harder to navigate. The anti-austerity movement continues to hold a strong voice not just in Greece, but in Spain and Italy too. The creditor nations are fearful of allowing credence to the anti-establishment voice and appearing to give into the demands of Syriza.

Some form of debt restructuring appears inevitable longer term, but European creditor nations will have the job of persuading their national parliaments to share the burden of liabilities across the eurozone region. The European Union continues to struggle with reconciling an economic union absent a political union to preserve national sovereignty among member states. The mutualisation of eurozone debt has been talked about since the euro sovereign crisis erupted four years ago, but we are a long way from seeing this concept become a reality. That makes the task all the harder for the ECB, a rules-based institution which has been caught in the maelstrom of keeping the Greek banks afloat and implementing creditors’ demands.

Where does this leave Greece and the eurozone?  The immediate issue is the solvency of the banking system in Greece. The next key date is 20th July when the Greek government is due to pay the European Central Bank (ECB) €3.5 billion in bonds. If this payment is missed, it is unlikely that the ECB will be able to accept collateral from the Greek banks in receipt of €89 billion of Emergency Liquidity Assistance (ELA) funding. The withdrawal of the ELA would probably lead to a eurozone exit as Greece would be forced to print a new currency.

It is difficult at this point to predict the outcome, but we believe that pragmatism will prevail to prevent the worst case scenario of a disorderly Greek exit. The EU has shown it can see its way through difficult decisions, not least in shoring up confidence in 2011 and 2012. The ECB continues to play a critical role as a backstop to contagion. Unlike in 2011, quantitative easing and outright monetary transactions (OMT) are now established, sizeable tools to cap contagion.  Meanwhile, systemic banking risk across the region has been mitigated through the stress tests in 2014 and balance sheet repair. We should also consider that the geopolitical risks of letting the Greek state fail would be unpalatable.

Market risk levels will remain elevated, benefitting core government bonds markets and keeping equities volatile. But as stated, this is not 2011 and we expect euro periphery contagion to be limited. As investors in European equities, we are overweight and added on weakness last week, while continuing to monitor developments closely.

Increasing the Insurance Premium Tax could be a golden opportunity

The ECB force has not awakened markets, but the domestic economy emerges from its slumber