Greece should never have joined the Euro says merkel

And there are probably many millions of people who would agree with Angela Merkel on that one, and a huge amount of them have been saying so for years.

Coming on the heels of news(?) that Greece will, in all probability, need yet another bail out Angela Merkel comes out with this statement yesterday in front of 1,000 supporters of her Christian Democratic Union (CDU).

Remember though that Merkel is facing federal elections next month (22nd September) to decide on the members of the 18th Bundestag. So this is a good time to act (or seem) tough.

Then she placed the blame for the current woes on the shoulders of her predecessor, Gerhard SchrÃ¶der, saying that his acceptance of Greece into the EU had weakened the Stability Pact.

She did though go on to commit to the Euro by saying that it was 'a boon' and 'a treasure' that could not be placed in doubt.

But whatever the words the Euro is still weak and Greece is one of the lead weights tied firmly round the neck of the single currency.

That the system still survives is a testament to the sheer will of the politicians and people involved. An ongoing victory of politics over economics. But how long can this continue?

Greece is said to be in need of renegotiating E240 billion in loans (about Â£8.6 billion) to reduce the interest payments, where will this money come from? But those Euros are already owed to someone, so to avoid a technical default this needs to be repaid with money from a different source at a lower interest rate. 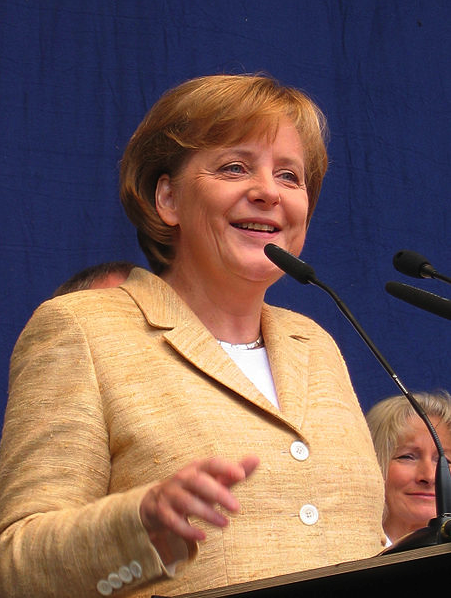