Following the release this morning of the “Summary for Policymakers” of the Intergovernmental Panel on Climate Change, Green Party leader Natalie Bennett said: “The scientific consensus on the causes of climate change and the risks is clearer than ever. We are talking about 95% certainty, and consensus of 97% of climate scientists, about the impact of human action on amplifying the greenhouse effect, which has been understood since the 19th century. Those who would deny the science should not have a further place in this debate: the Flat Earth Society continues to exist, but that doesn’t mean we need to take it seriously.”

Natalie continued: “The debate now should be moving away from the science and on to politics and policy. Britain led the way with the Climate Change Act, but has failed to follow that clear statement of intent with effective action. Globally, China and the US are taking steps in the right direction, but that all countries need to move much further and faster.

“The UK needs to maintain leadership, and benefit by leading in adjusting its economy for the low-carbon future. Cutting our addiction to fossil fuel use is good for consumers too. The massive rise in energy bills that has hit UK households hard in recent years is chiefly the result of rising gas bills. Fracking and the ‘dash for gas’ are expensive dead-ends.

“Instead we need to restructure our economy. Green MP Caroline Lucas has highlighted the risks of the ‘carbon bubble’ – the over-valuation of companies based on unburnable fossil fuel reserves. We also need to end the global $500-billion worth of subsidies being paid for fossil fuel extraction, six times the subsidies being paid to renewable energy.

“Investment in energy conservation and in renewable energy technologies is the right choice both environmentally and economically. The Centre for Alternative Technology has calculated that the job creation potential of a zero-carbon economy could reach 1.5 million, covering a range of skills and sectors across the country, all at least paying a living wage. 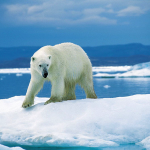 “Currently not a penny of government money is going into insulating our leaky, poorly insulated homes, which are a huge factor in fuel poverty. A serious programme of insulation – and of building new, appropriately sited homes that are affordable not just in rent but also in heating and transport costs – could together deliver jobs, tackle poverty, and cut our carbon emissions.”

Bennett concluded: “A further important step would be to produce the long-delayed transport strategy for England, replacing the discredited HS2 plan with an approach that focuses on helping people get between home, work, study and leisure affordably and in a low-carbon way, with a strong focus on walking and cycling, and improving the many ‘Low Speed One’ rail lines around the country.

“Today’s report makes it very clear that the world is running out of time to tackle the threat of uncontrolled climate change, and that climate risks to people here in the UK, such as flooding and summer heatwaves, are even greater. Now is the time for politicians to stop listening to the siren voices of the fossil fuel lobbyists, and act decisively to put us on the path to zero carbon economy.”

As the EU elections near UKIP support steadily increases