Speaking to the Party in Nottingham, at the conference which marks its 40th anniversary, she said: ‘It is a little more than 10 years since the two-million strong anti-war protest took to the streets of London, and a little less since Labour utterly ignored the views of millions and started the Iraq war.

‘Fifty five per cent of Britons agree that the London marchers were right because the war was delivered on false pretences and delivered little other than bloodshed. But the Iraqi people are still struggling and dying. Yet Ed Mlliband, who has apologized for the Blair government’s immigration policy, has failed to say sorry for the decision to take Britain into an unjustified war.’

Ms Bennett’s speech, in the main hall of the East Midlands Conference Centre, also focused on the positive alternatives the Green Party is offering to combat our national social, environmental, and economic crisis.

She said: ‘Our first Green Council, in Brighton, has faced the pressures of savage funding cuts from national government, but its achievements include introducing a Living Wage for all council staff and reducing the ratio between highest and lowest paid workers to 10:1, rolling out a city-wide 20mph speed limit, protected eligibility criteria for social care, kept all branch libraries and children’s centres open and protected funding for the third sector.’ 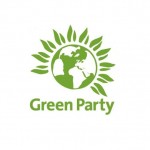 She added: ‘Up and down the country groups and individuals are saying ‘no more’ n- to poverty wages, child poverty, pensioners unable to afford to heat their homes.

‘’No more’, to being trapped in zero hours contracts, unsure if they will be able to afford to pay the rent, or buy food, to the demonization of benefits recipients, and above all to an economy structured for the benefit of the one per cent, not the 99 percent.

‘It doesn’t have to be like this. We have a positive alternative vision, of a country with a jobs-rich, low-carbon economy, of decent wages and benefits. A country fit for the 21st century – and a country that can look forward to a 22nd.'

The Green Party’s Spring Conference runs from 11am on Friday 22nd February until 3:30pm on Monday 25th February at the East Midlands Conference Centre, Nottingham.