Green Party leader Natalie Bennett will tomorrow (Wednesday) morning be speaking at a PCS Union rally outside the Euston Tower in Central London in support of the union’s budget day protest, expressing support for PCS members on strike that day across the country.

Natalie said: “The union is rightly calling for decent pay for all civil servants this year, while pointing out to the government that this – and many other steps to reverse its austerity programme – could be paid for by serious action against wealthy tax dodgers.”

A union report has demonstrated that since the start of recession in 2008 the real value of wages has fallen by 7%, more than Â£50 billion a year. The report also found that median pay in the civil service is 4.4% lower than direct private sector comparators. In some grades, the gap was 10%. It is calling for a 5% rise in civil service pay this year to keep pace with inflation, and an end to reduction in pension rights.

The union represents, among others, customs, immigration, benefits and Jobcentre staff. Natalie said: "Congratulations to the PCS for rightly identifying the importance of tackling tax evasion in rebalancing our economy. David Cameron has said he wants to act on the issue, but has failed to take any meaningful concrete steps.

“To save time, I’d point him to Green MP Caroline Lucas’s 2011 Tax and Financial Transparency Bill, which set out how the government could force companies to ‘publish what tax they pay’, requiring all companies filing accounts in the UK to include a statement on the turnover, pre-tax profit, tax charge and actual tax paid for each country in which they operate, without exception. He could simply move that as a government bill, and take a big stride towards collecting money the UK is owed.” 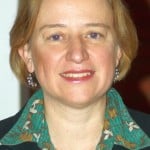 Natalie added that the PCS call for fair pay for all civil servants and for all contracts to be underpinned by the living wage, would be a small step towards rebalancing the UK economy, in which the wage share had fallen from around 60% to 55%, with a great increase in the inequality of the distribution of those wages.

“We need to make the minimum wage a living wage – that is an immediate step the government should take, but in the meantime, ensuring that government outsourcing meets this basic standard is an important step.”

Natalie added: “It is clear that we need to not only reverse George Osborne’s austerity agenda, and invest in the infrastructure we desperately need – including energy conservation, renewable energy, but also to move towards a living wage economy with jobs that workers can build a life on.”

Image By Greenwikiwikigreen (Own work) [CC-BY-SA-3.0 (http://creativecommons.org/licenses/by-sa/3.0)], via Wikimedia Commons