The Green Party says that Manchester’s voters can rely on them to deliver where both Labour and Conservatives have failed – a future that works for the city and its people.

That’s the message to be delivered tomorrow by Green Party Leader Natalie Bennett, visiting the city as Tory Party Conference draws to a close.

Natalie Bennett commented: ‘The Conservatives have little electoral support here, because they and their policies have failed the people of this city – and most of the UK. The Lib Dems here in Manchester will be forever weakened because of their failure to make their voice effectively heard in coalition, whether on tuition fees, nuclear arms and power or environmental protection.

‘Labour has a strong presence here, because they are seen as the opposition to Conservative policies which continue to hand cash to rich people while ignoring the desperate need for housing, food, educational opportunities and decent healthcare. But Labour is still the party that was seduced into deregulating the financial industries, dined with the multinational tax-dodgers and started the privatisation of the NHS.

‘It has fallen to us in the Green Party to stand for the things Manchester and cities across the UK need: we are the only party which stands for making the minimum wage a living wage, to reduce poverty; the only Party to stand for closing food banks by making them unnecessary with decent benefits; the only party to promise to bring the railways back into public ownership; the only party to plan to insulate our leaky, hard-to-heat homes to ensure fuel bills are reduced and we develop safe, reliable, renewable energy systems that don’t endanger our planet.

‘We’re fighting to build new council housing where its needed and to to rein in the escalation of private rents and the rapaciousness of rental agents. Brighton and Hove Green Council – the only Green Council in the UK – led the way in promising not to evict people because of the Bedroom Tax.

‘The Green Party is the only Party in the country to offer a clear, compelling vision of a new Britain, where the common good is actually shared by all, and where everyone benefits from the nation’s success stories. The time has come for cities like Manchester, which have been let down for too long by the politics of greed, to go Green.’ 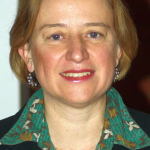 Ms Bennett is making her second visit to Manchester in four days, having taken part in a British Youth Council debate at Conservative Conference on Sunday.

Natalie will also be meeting the Green Party’s candidate for the Ancoats and Clayton Manchester City Council by-election, as well as Green Party candidates for the 2014 EU Elections.

She will also be speaking to students at Manchester Metropolitan University.

She said: ‘A lot of my two visits here are about speaking to young people, who are increasingly frustrated and feel excluded from political life. But they are seriously affected by matters such as tuition fees, where Labour and the Coalition have badly let them down, Free Schools, which are a Tory experiment which have not worked in other parts of the world and show no signs of doing so here, and an education system which is effectively a ‘sausage machine’ for processing young people to pass exams, rather than to flourish and thrive as they should, as active, engaged members of society.

‘It has also been good to see the active demonstrations to protect the NHS from Coalition privatisation plans. It’s the jewel in the national crown, and we can’t sit back and watch the corporate bloodsuckers steal it from us.’