Ofcom's initial view [1] that the Green Party of England and Wales should not be added to its major party list for the purposes of the May 2015 elections fails the electorate and democracy, says the Green Party.

The Green Party will be providing a full response to Ofcom's consultation on the political parties it lists as 'major parties' ahead of the General Election and will be consulting with lawyers on the initial view, which the Party considers entirely out of step with the increasingly broad spread of British political opinion.

"The Green Party is deeply disappointed by this draft Ofcom ruling, not only for itself, but for the damage it risks doing to British democracy."

"Not only is this grossly unfair, but it denies the public the opportunity to hear from a fresh voice."

"It is notable that the Ofcom draft focuses heavily on 'past electoral support'. The media regulator has failed to grasp the fast-moving, fluid state of British politics today, and that fact that voters are seeking out the choice of real change. 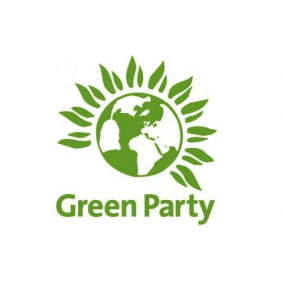 "Ofcom should not be making that option harder to find, but ensuring that voters have the chance to hear and judge the full range of political options today.

"It is also important to note how Ofcom is ignoring the strong support for the Green Party in particular sections of the community, particularly the young and students. Their engagement in the political process is vital for the future, and they will rightly expect to hear their views represented and explored in the mainstream media."

In a recent survey, the Green Party polled at 24% amongst students [2], marking the first time the Greens have polled as the second party. The Green Party is consistently polling at its highest levels ahead of a General Election since 1989 [3] and ahead of the Liberal Democrats. Membership for the party rose by over 100% in 2014 [4] and continues to surge. The Party will be standing candidates at least 75% of constituencies in May 2015, which will allow 50% more people the opportunity to vote Green than were able to do so in 2010.

The Green Party spoke to Ofcom this morning to register its displeasure at the draft ruling and said it will be seeking a meeting with them to understand how they reached these conclusions in the light of recent polling.