The Green Party has pledged to challenge the BBC after it failed to award the party a single party political broadcast for 2016, despite giving three to UKIP [1].

The party's leader Natalie Bennett said she was "astonished" that the Greens were being denied "vital broadcast coverage" but was hopeful that a popular campaign could once again convince the BBC to change its mind.

Her statement came after the corporation announced that it will be increasing UKIP's number of broadcasts from zero to three, equal with Labour, the Conservatives, and the Liberal Democrats but continuing to leave the Greens with none. That is despite the fact that the party quadrupled its vote in the recent 2015 general election and currently has the same number of MPs as UKIP.

Natalie Bennett, leader of the Green Party of England and Wales, said: 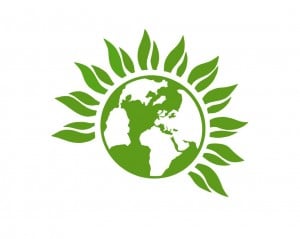 "After all that happened last year I am astonished that the BBC has chosen to deny us vital broadcast coverage. We have the same number of MPs as UKIP who have been granted three broadcasts. We quadrupled our vote share in the last election. We've grown as a party by more than three times in the last 12 months. I'm starting to wonder what exactly it is that we need to do to convince the BBC to grant us fair representation."

"The BBC is sometimes criticised for being too fond of repeats and I am certainly getting a strong sense of déjà vu. Only this time last year we were denied a place in the leaders' debates. Then, a quarter of a million people were moved to sign a petition calling on broadcasters to change their minds and give us a spot. We're certain that by challenging this decision and demonstrating the strength of our support we can do the same once again."

The Green Party has stated that it will be writing to the BBC to request an urgent meeting to discuss their decision. In the meantime the party is urging anyone, no matter which party they support, who believes that the Greens should be given a broadcast slot to sign the petition on the 38 Degrees website.