• Nothing short of a publicly owned, publicly run NHS free at the point of service will do

Prime Minister David Cameron’s Conference speech pledge to protect the NHS budget and continue to invest more each year of another Conservative government does not heal the deep wounds the Coalition has inflicted to our health service through privatisation, says the Green Party, which says it is the only party committed to keeping the NHS in public hands and, where possible, reversing public service sell offs.

Neither Labour nor the Tories can be trusted to preserve the NHS say the Greens. Both parties, alongside the Lib Dems and Ukip, support the Transatlantic Trade and Investment Partnership, which could lock-in the further privatisation of the NHS.

“Nothing short of a publicly owned, publicly run NHS free at the point of service will do.

"Our NHS has been damaged, and the staff had their lives disrupted, by continual change driven by the ideological commitment of recent governments to privatising the NHS and restructuring it to prepare for further privatisation.

"This government has failed to provide the funds needed to keep up with the growing demand for healthcare with our ageing population, and to keep the staff decently paid.

"It's also failed to tackle our unhealthy social environment, not taking on the junk food-peddling supermarkets and promoting healthy fresh food. Air pollution, long working hours, overcrowded housing and financial stress on households all contributes to the pressure on the NHS, and the government has notably failed to take action in all of these areas." 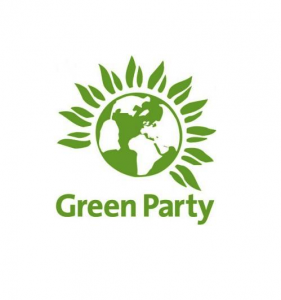 The Green party went on to say that Cameron’s pledge to increase NHS spending in real terms is largely meaningless. The NHS budget has increased by an average of 3.8% a year since 1951 so a commitment to continue to increase it is a statement of the obvious. With inflation currently at 1.5% Cameron’s “bold promise” could mean an annual increase of less than 2% – about half the normal rate.

The NHS pledge is a move that will condemn other departments’ budgets to real-term cuts of more than 20 per cent across the next parliament (1). George Osborne, the Chancellor, has set out plans to make £25 billion of public spending cuts over the first two years of the next parliament.

The Green Party maintains that it is the only party who provide a real alternative to austerity economics and are committed to radically transforming the economy so that it works for the common good, not just the 1%.

“Austerity provides an excuse to punish the poorest in society, which is not only morally indefensible, it is also a false economy.

“Policies like the bedroom tax just push more people into the private rented sector which then costs the public more in housing benefit. Likewise, the increasing levels of poverty and inequality under the Coalition government impact on health and so pile more costs onto the health service. Greens believe in positive alternatives to austerity that would tackle the misery of poverty and address inequality; policies such as a citizens income, rent controls and a massive home insulation programme.”

A series of defections to UKIP by Conservative MPs and funders have dampened spirits at the Conservative Party Conference, which closes today.

Lib Dems Announce They Will Give Fathers More Paternity Leave

When, why, and what’s next for low inflation?: No magic slippers needed