Mr Henkel said, “The only hope for the Greek economy to recover is a euro exit combined with a debt write-off. Otherwise, the Greek society will remain trapped in a humanitarian crisis caused by the defence of the euro at all costs” he added, nobody believes that Greece is able to repay its debts anyway, so let’s be honest and face the reality. It costs the German taxpayer nothing, as the money is gone anyway!”

Due to the significance of the challenges facing the Greek government, I have resolved to address you personally. The Greek government is absolutely right in arguing both that austerity has had disastrous effects on Greece, and that debt write-off is necessary. The scale of damage to the social fabric of Greek society wrought by austerity has been vastly underreported in the Western media. As someone with a deep affinity for the cultural heritage of Greece, I find the state of economic misery in Athens – which I consider a humanitarian crisis – truly heart-breaking. 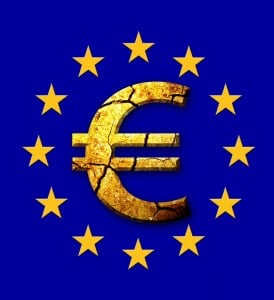 The story of the collapse of the Greek economy is perhaps best told through the staggeringly high unemployment figures, which stand at 25% generally, and at twice as high levels among the youth. The sharp contraction in GDP and slumping industrial output continue to produce a great tragedy. Austerity as a means of restoring Greek competitiveness has been an utter failure. A debt write-off is a necessary option, and contrary to many of my compatriots, I believe that Greece must be offered a write-off of its debts to Germany.

However, an escape for Greece from the trap of economic misery is only possible if light is thrown on the whole truth about the causes of Greek tragedy. This is especially true with regards to a full analysis of the devastating consequences of the euro for the Greek economy, which need to be recognized. The membership in the European Monetary Union has turned out to be a trap for Greece. The euro has been too strong a currency for Greece and austerity was never the right answer. The only way for Greece to return to the road of recovery is leaving the euro. The desperately needed devaluation would follow, which would need to be coupled with a debt write-off, so that the Greek economy could have a new start. Thus, the economic conditions for necessary reforms would finally emerge.

In consequence, I would like to propose that Greece should be offered a write-off to its debts to Germany, if the Greek government decides that it is time to break the vicious cycle created by the European Monetary Union, and leave the euro. Greek society has suffered unimaginably, and does not deserve to endure any pain more for the sake of a failed monetary union.

Hans-Olaf Henkel, is a former head of the German Federation of Industries (BDI) and a Member of the European Parliament (AfD).

When We've Finally Screwed Up The Planet – What Next?

Cameron rides to the rescue