Vinyl, CD and limited edition cassette formats will be released worldwide on December 11.

The album was recorded primarily in Grimes home studio in Los Angeles, CA, where she relocated to in 2014. Like all of her previous albums, 'Art Angels' was written and recorded entirely as a solo endeavor. The new album features more live instrumentation than ever before on a Grimes record. She plays piano, guitar and violin, continuing her evolution as a musician and a producer for her most ambitious album to date.

Grimes is in the midst of a month of North American dates on her 'Rhinestone Cowgirls' tour. Click here to see a full list of dates. She plays Austin's Fun Fun Fun Fest on Nov 7 and NYC's Terminal 5 on Nov 16. Dates in South Korea, Japan, Europe and the Laneway Festival in Singapore, New Zealand and Australia are confirmed for early 2016.

1. laughing and not being normal

5. Belly of the beat

13. Life in the Vivid Dream 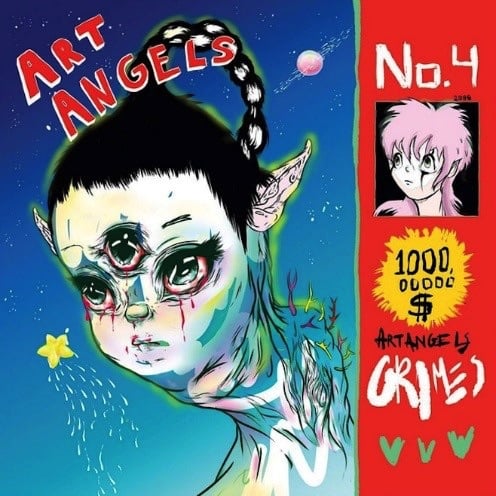 Single of the Week: The Black Keys – 'Lonely Boy'