Figures reported today by the Council of Mortgage Lenders have shown gross mortgage lending for the UK on the rise overall.

However, research conducted by London Central Portfolio has shown that absolute levels of lending still remain 38% down since 2007.

In comparison to the value of total property sales (calculated by number of sales x HM Land Registry average prices), it has actually fallen 46% since 2008, just prior to the global financial crisis.

“Comparing gross lending to the value of total sales in 2015 calls into question Mark Carney’s reservations that household debt remains at very elevated levels, leaving many families vulnerable. Mortgage caps and measures to curtail buy to let investment have been introduced in the last 18 months to stabilise the market as fears of dangerous levels of lending have arisen. However, a closer look at the data suggests that families have actually been taking smaller and smaller loans since 2008 or not borrowing at all, despite a 23% increase in average prices. This is concerning if the UK is to continue to recover from its the credit crisis as sales volumes are still 23% down. The Government, therefore, needs to look carefully at unduly dampening the market.”

“It is interesting to see a small fall away in lending in December to £19.9bn, coinciding with a new 3% additional Stamp Duty announced by the Chancellor. It is our expectation that lending will continue to fall into 2016 as economic confidence remains low, global financial markets suffer turmoil and taxes aimed at the property market come into force."

"As Osborne heralded the year with the downbeat announcement of “a dangerous cocktail of new threats [to the economy]”, it is likely that negative sentiment will continue to have an adverse effect on the size and number of housing loans taken out in the short term.” 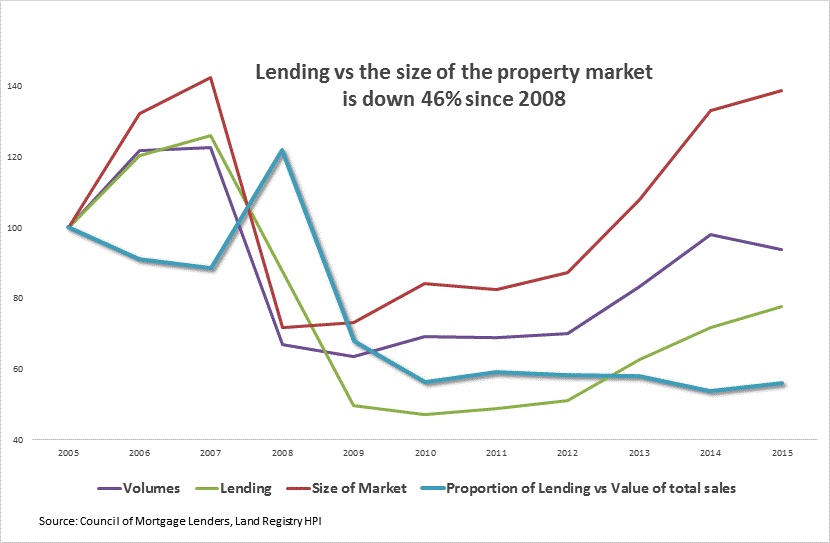 How the house price cap could affect your inheritance plans