· Number of remortgages down by 6% compared to April 2015

· Average amount of equity withdrawn per customer up 19% year on year; 9% month-on-month increase

The latest figures from LMS reveal that that the value of monthly gross remortgage lending fell to £3.6bn in May, a 13% fall compared to April.

Gross remortgage lending is also 1% lower than May of last year. LMS estimates that the actual number of remortgage loans fell by 6% from 25,200 in April to 23,620 in May; almost exactly the same level as May 2014.

The total amount of equity withdrawn from remortgaging in May stood at £634m, up 19% from May of last year and 2% higher than the £619m released in April. This falls slightly short of the £635m record equity withdrawn in December of last year, which stands as the largest amount withdrawn since November 2013. 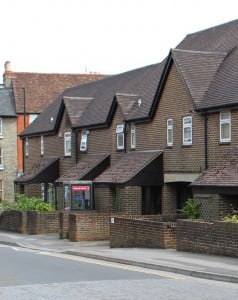 “It’s concerning to see the remortgage sector taking a step back in May after receiving a much-needed boost in April. A fall in the number of loans, accompanied by a minimal rise in average loan amount, shows a general sense of apathy among homeowners.

“Meanwhile, according to figures by the Council of Mortgage Lenders (CML), remortgaging actively drove buy-to-let sector growth, so it’s perplexing why homeowners are yet to be swayed to take advantage of record low interest rates and the competitive deals available in the market.

“The average amount of equity withdrawn reached £634m, the highest amount taken out since December when Britons broke the record trying to cover up for their Christmas costs. Equity withdrawn at similar levels as April could be the sign of a continuing trend, and a warning that despite rising house prices, growing employment and a general sense of post-election prosperity, people are still needing to free up extra funds by remortgaging.”