The services sector grew steadily in the three months to November and robust growth is expected to continue into early 2015, according to the latest quarterly CBI Service Sector Survey.

Profits continued to grow in the consumer sector, aided by higher prices, whereas prices in business and professional services fell to their lowest since May 2013, meaning profits held steady.

With skills shortages starting to bite, expenditure on staff training in the consumer sector rose to its highest level for 15 years, and is expected to remain strong. Training costs are also expected to increase in the business and professional services sector.

The survey of 191 firms revealed that investment rose across the sector, with capital expenditure on land and buildings in the consumer sector reaching its highest level since 2010. And in business and professional services spending on IT grew to levels not seen since February 2007.

Despite this, optimism about the business situation fell at the fastest rate across the sector since February 2013.

“Growth across the services sector is expected to continue into the New Year.

“And it’s good to see investment spending in IT at near record levels.

“But skills shortages are starting to bite, putting more of a break on investment and future growth in consumer services.

“Therefore the spending rise in training in the sector is particularly encouraging.” 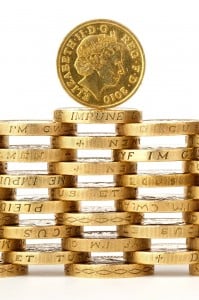 Optimism regarding the business situation was at its lowest since February 2013, when the balance was +6%. This quarter 32% of firms were more optimistic against 6% who were less optimistic, leaving a balance of +26%

36% of firms reported business volumes as being up, compared to 5% who said they were down in the last quarter, leaving a balance of +30%, a slight increase on the previous three months (+25%). Expectations for the next quarter (a balance of +32%) are the lowest since August 2013 (+26%)

39% of firms said the number employed had risen, with 11% saying it was down, leaving a balance of +28%, significantly up on the last quarter, when (+5%). Expectations for the next three months remain strong (+25%)

Expenditure on training rose at its fastest rate since May 1999, when the balance was +41%. This past quarter 41% said spending on training was up, compared with 2% who said it was down, leaving a balance of +39%

Despite being identified as the most significant factor to limit business expansion in the year ahead, the level of demand (55%) was at its lowest level since May 2007 (42%)

Optimism regarding the business situation hit its lowest level since February 2013 (0%), with 21% of firms said they were more optimistic than three months ago compared to 9% saying they were less optimistic, giving a balance of +12%

33% of firms said business volumes were up compared to three months ago, and 12% said they were down, giving a rounded balance of +22%. Growth has therefore ticked up steadily since August 2014 when the balance was +16%. Business growth is expected to remain robust over the next quarter.

49% of firms said the number of employees had increased in the last three months, with 7% saying they were down, giving a balance of +42%, a survey record high.