Brown Advisory, a leading independent investment firm headquartered in Baltimore, explains how its bottom-up investment process has identified U.S.-based EstÃ©e Lauder Cos. (ticker: EL) which is benefitting from this growing trend in China. Female participation in the workforce is high, leading to more women playing an increasing role in the economy*.

“Skin care and cosmetics are among the fastest growing consumer categories in emerging markets, particularly China and Brazil.Â  Premium brands, as affordable luxuries, are taking share from value brands and are set to benefit from the dramatic growth of the middle class in these markets.Â  Ageing populations and growing female employment are providing additional tailwinds.”

A recent report by McKinsey & Company, “Meet the 2020 Chinese Consumer”, identifies this growing trend as sales of premium skin care products grew by more than 20 percent a year in the past decade against an industry average of 10 percent**.Â  The report echoes Ken Stuzin’s observations on female lifestyles which are having a significant impact on spending patterns. Â According to the report, to obtain a good education and a job, young people are willing to postpone marriage and having a family.Â  Perhaps more importantly, the number of women working in offices, where pay is better, is also rising***.Â  The report suggests that the population is ‘trading up’ as consumers aspire to improve themselves, the way they live and their perceived social standing, judging themselves and others by what they buy.

“We believe EstÃ©e Lauder is positioned at the sweet spot of this trend, and its latest report (14-Aug-2012) confirmed our investment thesis; the company reported rock solid top line growth and expressed confidence that its strategy and investment in its brands will continue to drive market share gains.”

The iconic manufacturer of beauty products whose brands include EstÃ©e Lauder, M-A-C Cosmetics, Bobbi Brown, Jo Malone, Clinique and Aveda to name but a few, continues to see organic sales growth across all major regions.Â  In addition, Estee Lauder’s gross and operating margins are improving and Stuzin believes they have room to expand relative to the company’s peers.

“We like this business in part because we believe it can deliver solid growth through soft consumer environments, and that was demonstrated this past quarter.”

*In the past ten years, the average age at which women have had their first child has risen from 24 to 27. Women are playing an increasing role in the economy. Their participation in the workforce is already high—67 percent compared with 33 percent in India, 48 percent in Japan, 52 percent in Hong Kong, and 58 percent in the United States in 2009. The one-child policy has freed many women from caring for large families, indicating that workforce participation rates will rise further. Source: McKinsey & Company. “McKinsey Consumer & Shopper Insights – Meet the 2020 Chinese Consumer.”

***In 2010, 47 percent of working women had an office job compared with 43 percent in 2003. Source: “New Study Finds the Solution to China’s Talent Crunch is in the Hidden Talent Pool of Educated Chinese Women,” by Center for World-Life Policy, March 2011. (McKinsey & Company. “McKinsey Consumer & Shopper Insights – Meet the 2020 Chinese Consumer.”) 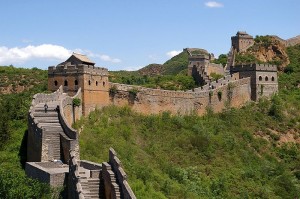