Australian singer and musician Gurrumul has cancelled his forthcoming European performances due to ill health.

"Due to ongoing health issues Gurrumul has had to cancel his July European tour. He is currently in the care of his immediate family."

Having recently performed at HM Queen Elizabeth's Jubilee concert, the shy and blind singer Geoffrey Gurrumul Yunupingu was due to return to Europe for the following run of festival shows:

Here is a sample of his work, please listen and enjoy! 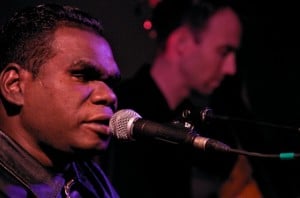