Gypsy & the Cat this week release “SORRY”, the second single taken from their upcoming album, “THE LATE BLUE”. An inventive mixture of smart lyrics, big looping hip hop drums, and sharp dance ideas, the track was produced by the band and mixed in London by the Grammy winning mix engineer Mark Rankin (Florence and the Machine, Foster The People). The song is referential to their first album but also great evolution from a band looking to create something original. “SORRY” will be released through the bands own independent label ALSATIAN MUSIC and is out Feb 26th.

For the next week only the single is available for a free download through the bands website at gypsyandthecat.com

GYPSY AND THE CAT have been widely touted internationally by the likes NME and Neon Gold since their inception. The well regarded UK 7’s label Young and Lost released their first single. Kitsune followed with an inclusion on a Maison compilation series. NME tipped the band in their annual worldwide “most likely” poll. Tracks ‘Jona Vark’ and ‘Time To Wander’ went #1 on the Hype Machine, and their debut album ‘Gilgamesh’ sold in excess of 250,000 worldwide. The album peaked at # 2 in Australia and #10 in Germany. In the US the first single “BLOOM” taken from the new album made a #2 debut on the KMBQ submodern radio chart and peaked at #3 on the Hype Machine.

The release and the download offer coincides with the band’s first US dates: 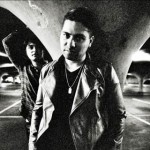 Gypsy and the Cat