In addition to his residency deals, the collaboration will involve Harris acting as music consultant for the group's renowned Hakkasan brand, refining and curating its global sound as it moves from restaurants and nightclubs into the hotel space. He will also be working closely with the senior team at Hakkasan Group to develop entirely new experiences and event concepts over the next three years.

"We are excited to continue our partnership with Calvin Harris as he extends his exclusive residencies with Hakkasan Group. He is a truly sensational artist and we look forward to what he will bring to our most acclaimed venues over the next three years". 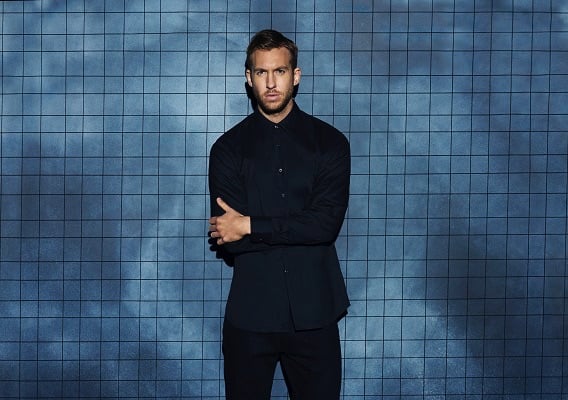 "Hakkasan Group's heritage in part goes right back to the '90s golden era of dance music and I am excited to be able to play a part in this next chapter of its story. Its venues are some of the best in the world for dance music and the opportunity to be part of the wider group as it develops into other markets and sectors is a really exciting prospect for me as an artist. We have some great ideas up our sleeves."

Coming off an extremely successful year, Harris' 2015 accolades include: being awarded Best Electronic Artist at the MTV EMA Awards, breaking world records by reaching over one billion streams on Spotify with his single "Blame," (which reached the No. 1 spot globally in only three days), and releasing his fourth studio album Motion in November 2014.

Hakkasan Group is a worldwide entertainment, dining, nightlife, and hospitality company with establishments currently located across the United States, Europe, Middle East, and Asia. Its namesake is taken from its Michelin-star restaurant that set the high-level standard for the group's collection of diverse brands. Its 'brand-first' philosophy builds dining, nightlife, day life, and soon-to-be hotel concepts into world-class lifestyle hospitality brands, all with a focus on service, design, innovation, and experience.

Its restaurant portfolio includes the flagship Hakkasan Restaurant with 12 locations worldwide, as well as Yauatcha, HKK, Sake no Hana, Herringbone, Searsucker, and Social House. Under the nightlife/daylife umbrella of brands are Hakkasan Nightclub, Wet Republic, HQ Nightclub, HQ Beach Club, Bootsy Bellows, Hooray Henry's, THE NICE GUY, SHOREbar and Omnia (opening in Las Vegas and in San Diego, Spring 2015). In 2014, Hakkasan Group and MGM Resorts International announced the formation of a joint venture hotel management company named MGM Hakkasan Hospitality with a series of hotel and resort projects already under development including MGM projects in the Americas, the Middle East, and Asia along with Hakkasan projects in Abu Dhabi and Dubai. Hakkasan Group is owned by Tasameem Real Estate LLC, an Abu Dhabi-based investment company. For more information, visit www.hakkasangroup.com.

Scottish producer, DJ and song-writer Calvin Harris stands as the figurehead for modern dance music, having broken world records and dominated global music charts with his hits. As one of the most successful artists of all time, Calvin Harris has collaborated with global stars including Rihanna, Florence and The Machine, Gwen Stefani, Ellie Goulding, HAIM and Big Sean, and his fourth studio album 'Motion' is out now.