Up to half a million people could be hit by the “mismanaged and rushed” roll-out of the government’s landmark pension reforms, and scammers are waiting to cash in, warns the boss of one of the world’s largest independent financial advisory organisations.

Nigel Green, founder and chief executive of deVere Group, also notes that whilst independent financial advisers are preparing for the extra business, many people will still find themselves “abandoned without financial advice.”

His comments follow a report published by the influential Financial Inclusion Commission, urging the government to undertake a “robust” evaluation to ensure that the Pension Wise guidance service is ready and “fit for purpose” when the reforms come into effect on 6 April.

“In just two weeks’ time, pension savers will for the first time have unlimited access to their pension pots.   However, Pensions Wise, the government’s guidance service that aims to educate savers on the changes and their impact, is still not ready. 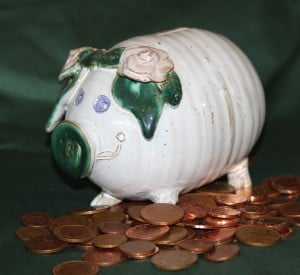 “How was this not always going to be the case? The scale of what is trying to be achieved in the time frame allowed is unrealistic.

“Plus there’s the concept of the service itself.  It is ‘guidance’ – not advice – and I fail to see how a generic guidance approach to something as crucial as retirement incomes could not present some adverse, unintended problems down the line.”

He adds: “According to official Treasury predictions, from April half a million people will seek pension savings access.   That is a lot of people who could make potentially ill-informed decisions.  Clearly, this could have serious, long-term consequences for those people’s retirement and, subsequently, for Britain’s long-term economic growth.”

Mr Green continues: “Much of the Pensions Wise guidance will involve referring individuals to independent financial advisers, which, naturally, we support.  Most advisers are gearing up for this influx of extra business.

“However, there are real concerns that many people will still not be able to access the financial advice they need.

“This is because of the financial advice vacuum unintentionally created by the Retail Distribution Review (RDR). After RDR, many high street banks have exited the advisory market and a high number of advisory firms are now offering a ‘restricted’ advice model.

“In addition, many of the remaining independent financial advisers will only consider advising those with investable assets of more than £50,000.

“This means that many – and probably those who need it most – will be abandoned without financial advice when considering the monumental pension reforms.”

The deVere CEO concludes: “With this in mind, I suspect there will be an army of pension scammers ready and waiting to cash in.

“I would urge anyone who is contacted to ‘liberate’ their pension to be extra cautious, not to be rushed into making a decision they might regret, and to seek professional advice before proceeding.

“Also, in general terms, our advice is to resist, where possible, the temptation to access pensions to avoid the risk of compromising your retirement ambitions, making hasty decisions, and facing hefty tax charges.”

In mid-January, deVere Group revealed how almost a quarter of its clients had, since the pension freedoms and flexibilities were announced, been cold called or emailed from so-called ‘pension liberation’ firms, many of which it can be assumed are unauthorised or operating illegally.