Half of UK renters report bad experience with landlord or agent

London, 15 August 2013 — A comprehensive survey of UK tenants has found that more than half (51%) have reported bad experiences with landlords or letting agents, and almost four in ten (37%) said they wouldn’t rent another property from their current landlord or letting agent, according to online tenant community The Tenants’ Voice.

Asked about the quality of their rented accommodation, almost four in 10 (39%) tenants said properties were generally tired and in need of updating, with 17% saying they were dissatisfied or very dissatisfied with the overall condition of the properties they had rented.

With rents rising due to demand outstripping supply, the majority of tenants surveyed said they are finding living in rented accommodation harder than it was two to three years ago. Almost two thirds (63%) admitted it was harder or much harder to rent now than in the past. Tenants said this was due largely to the rising cost of renting, the rising cost of living and the increase in numbers of tenants looking for rented accommodation. 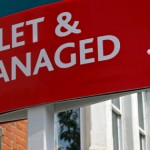 Glenn Nickols, director, The Tenants’ Voice, commented: “It’s clear there’s still much to be done to improve the relationship between tenants, landlords and letting agents. This is especially important as more and more people are facing or choosing to rent longer term.

“At The Tenants’ Voice, we want to see letting agents and landlords who are committed to providing fair, value-for-money services, working with informed tenants to turn these figures around and to see an increase in tenant satisfaction.

“Rent is the biggest monthly outgoing tenants have and it often prohibits many from being able to save for their own homes. To have more than half of this community dissatisfied and disillusioned with what they get for that monthly investment is clearly not an acceptable situation.”