According to the Halifax seasonally adjusted house price index the price of an average house dropped by 0.5% between August and September and now stands at Â£161,132.

This is part of the overall fall of 2.3% in prices on an annual basis, although over the quarter prices did rise by a very marginal 0.1%.

With general uncertainty in the economy, Martin Ellis the Halifax housing economist said "The more volatile monthly figures showed a 0.5% decline in prices in September. This continued the mixed monthly picture experienced so far this year with four rises, four falls and one no change since January. This mixed pattern is consistent with a market where prices are lacking genuine direction.”

He went on to say that the uncertain economic picture was holding people back from entering the housing market but that had been balanced by low interest rates and the rise in employment over the year.

Halifax, said Mr Ellis, is expecting little change in this outlook over the rest of the year. 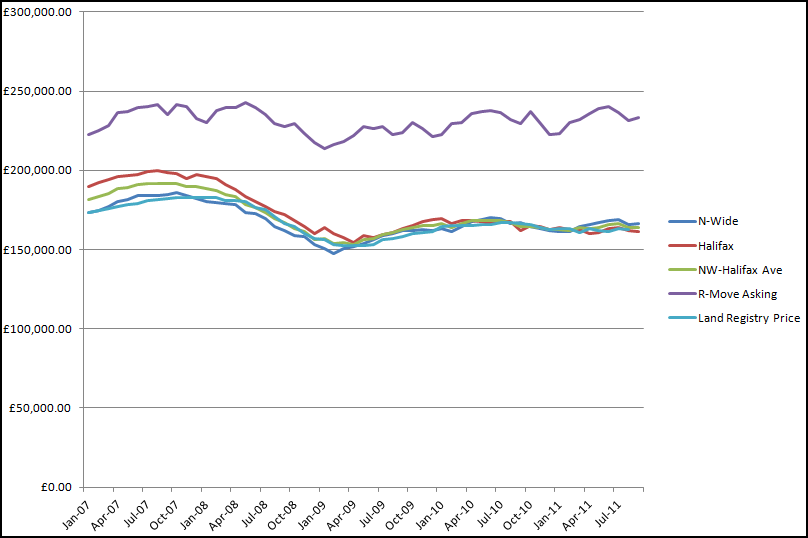 Looking at the amalgamated graph (above) of Nationwide, Halifax (with average of the two) and Land Registry figures as well as the Rightmove asking prices you can see that, in sterling terms, the average house price has remained just about static for many months now. But one wonders what effect the more buoyant London property market has had on this.

This next graph shows an expanded view of the main indexes. 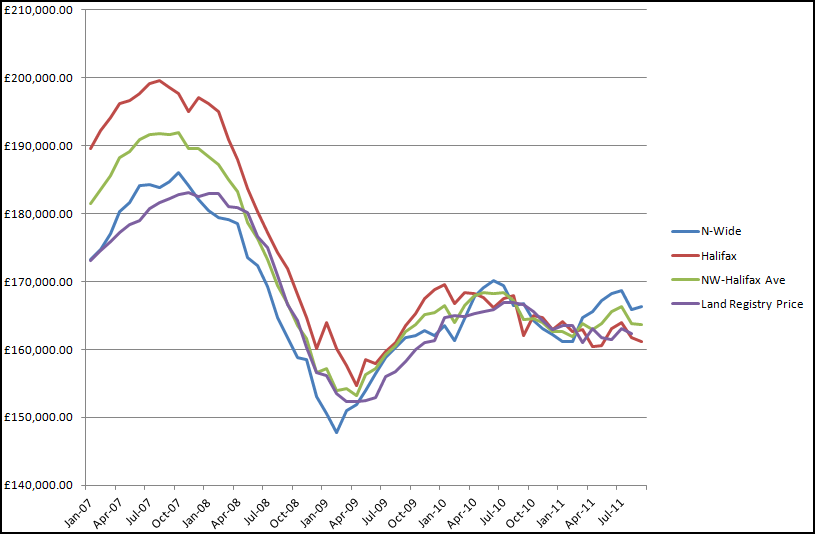 The final graph below shows how asking prices have continued to increase in their disconnect from reality over the months and years. It shows the change in the asking price divided by the average of the Nationwide and Halifas indexes over time.This we call the ‘Optimism Index’ as sellers and their agents hope or believe that they can get top dollar for their properties. Or maybe it’s a ‘desperation index’ where sellers have to get that money to be able to sell. 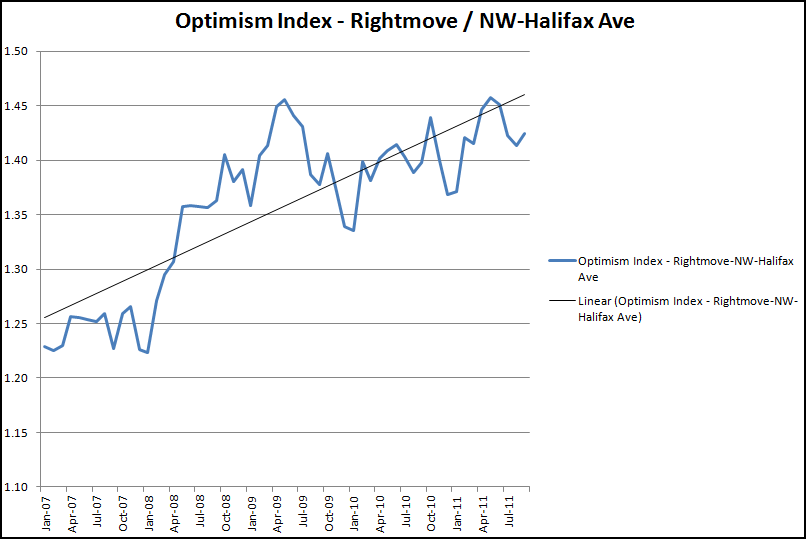 First time buyers flocking back to the housing market