We should now be getting used to the ongoing news of the sideways movement in house prices in the UK.

The latest slight blip in the market is reported by Halifax, which saw the price of the average house rise by 0.6% in 2012’s first month.

But when looking at this on a quarterly basis Halifax says that house prices have fallen by 0.9% with the average house price now standing at Â£160,907.

But just last week the Nationwide reported a 0.2% fall in the price of an average house.

As you can see from this enlarged graph of the Land Registry, Halifax and Nationwide house price indexes (as well as an average of the Halifax/Nationwide HPIs) there really isn’t much movement in the market. 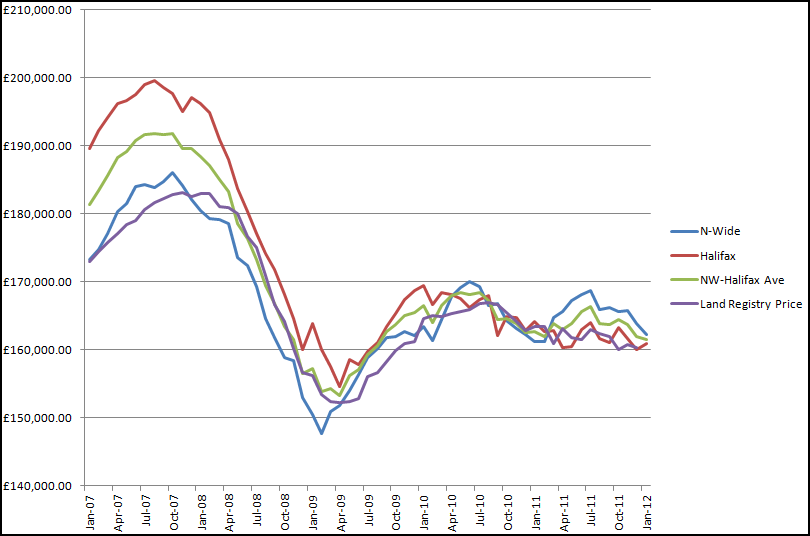 And when looked at without graphical expansion skewing and magnifying the small index jumps the sideways trend can be seen in all its glory. 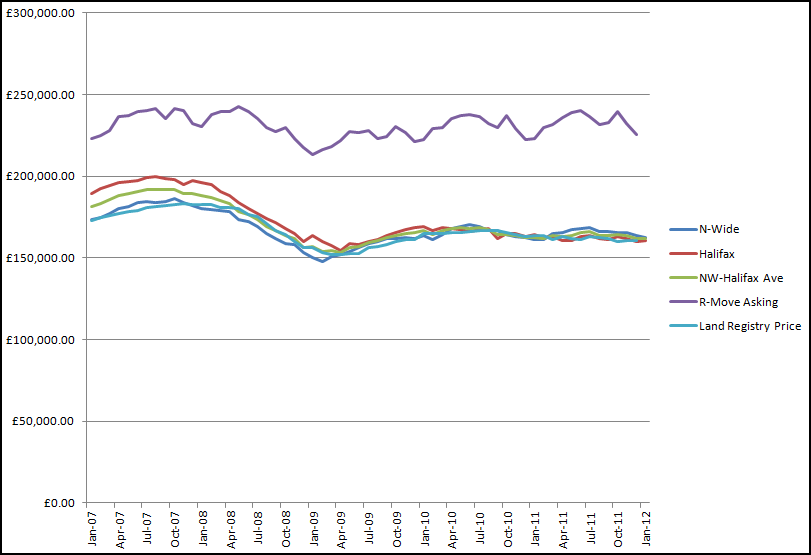 Martin Ellis, Halifax’s housing economist points to low interest rates and a slightly better employment market keeping the housing market where it is, broadly unchanged in the last eight months. But he also says that much hinges on the fall-out from the Eurozone debacle and whether the UK can, in the process, avoid falling into recession.

Notwithstanding monthly fluctuations, the average UK house price is very close to where it was eight months' ago, at around Â£161,000. The continuing very low level of interest rates has helped to support housing demand, resulting in little overall movement in house prices since last spring. Low rates have contributed to mortgage payments falling to their lowest level as a proportion of disposable earnings for a new borrower for 14 years. A recent improvement in employment trends may also have supported demand.

Prospects for house prices over the coming months will, to a large extent, depend on events in the Eurozone and the repercussions of developments there for the UK economy. If the UK can avoid a prolonged recession, we expect broad stability in house prices in 2012.

As I have pointed out before, vendors and their agents have been very ‘optimistic’ in their asking prices, as can be seen in the graph below, which compares asking prices from Rightmove with prices achieved. As you can see, over the last few years vendors have been asking prices that are ever more proportionally higher than the prices they really achieve. But the very recent trend here has been sharply downward. Maybe sellers are getting the message. 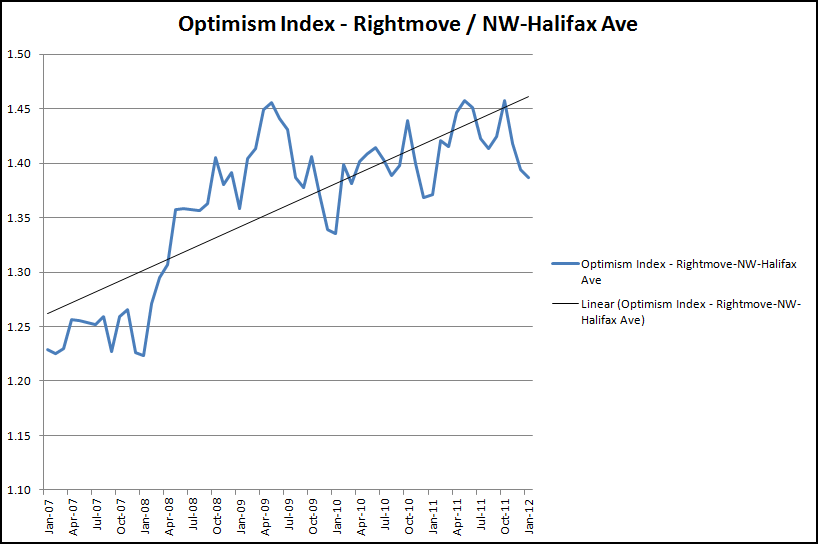