The latest house price index from the Halifax reports that house prices dropped by 0.9% between October and November.

Prices have also dropped by 0.6% over the three months to November. This completely wipes out the 1.2% gain that the lender saw in October.

The only good news appears to be that house prices are now falling at a lower rate than in the recent past. “Annually, prices in November were 1.0% lower as measured by the average for the three months to November against the same period a year earlier. This continues the improvement experienced since May when prices were 4.2% lower and is the smallest annual fall since November 2010 (-0.7%).” states the report.

There was a also the matter of the improvement in the number of mortgages approved in October, which was 13% higher than Oct 2010. This is a good indicator of upcoming completion numbers.

But in the grand scheme of things this has still failed to alter the overall picture of a stagnant market as indicated by the following graph that shows all the major house price indices. 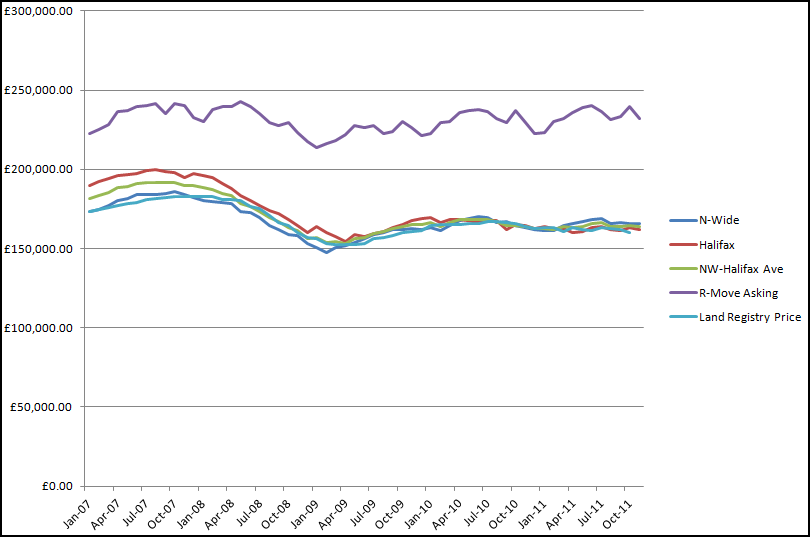 As Martin Ellis, housing economist at the Halifax said:

"Overall, house prices have remained remarkably stable in 2011 despite the difficult and deteriorating economic climate and the substantial pressure on households' finances. The UK average price now is only marginally lower than at the end of 2010. In addition, activity has recently shown a few signs of strengthening a little. We expect the market to remain broadly unchanged in terms of both prices and sales over the coming few months as demand and supply conditions alter little."

But, if that is the case then why is there a continual upward trend in the difference between the asking prices that Rightmove is seeing and the prices that Halifax and Nationwide (not to mention the Land Registry) are experiencing? 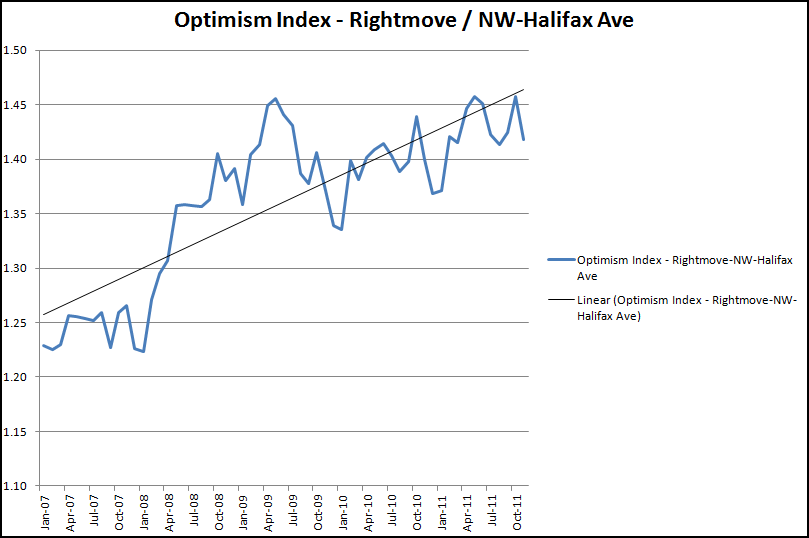 The graph above shows that in January 2007 asking prices were 22.84% more than prices achieved, but this has trended up and last month they were 41.75% higher. No wonder we call it the house sellers’ (and agents’) optimism index.