Healthy Post Office profits should make the settlement of the pay claim for 900 managers a top priority, Unite, the largest union in the country, said yesterday (Friday 6 December).

Unite threatened that further strike action is on the cards, unless Post Office bosses made constructive moves to settle the 18-month dispute and "stop dragging their feet".

"The Post Office has today announced an operating profit of £53 million for the six month trading period ending 29 September 2013. It also sets out a "profit for the period from continuing operations" of £190 million and "profit before financing and taxation" of £187 million.

"Whichever way you look at it the Post Office is in a healthy financial position and can easily afford to make a consolidated pay increase to staff; something it has adamantly refused to do since June 2011. 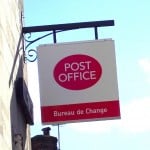 "Unite members in the Post Office have been working extremely hard to deliver change and it is clearly working. They, therefore, deserve recognition for this and a negotiated pay settlement is a priority."

Unite managers have already taken two days of strike action last month and one day of action short of a strike in October.

Brian Scott said: "This year is the first time since 1979 that Post Office managers have taken strike action, which shows the strength of feeling on this issue.

"The top executives need to stop dragging their feet and get around the table, otherwise further strike action is a real possibility which would hit high street post offices."

The Postal Services Act 2011 separated the Post Office business from the Royal Mail.