Interim Labour Leader Harriet Harman MP has today written to the Prime Minister to call for compensation from the French government to be paid to Britons affected by the chaos at Calais.

In the letter, she says David Cameron’s government has ignored repeated warnings from Labour and hauliers about the growing crisis at the port.

She writes that it is wrong for UK businesses and families to bear the costs of the situation in Calais and calls for diplomatic pressure to be applied to the French government to seek compensation for hauliers, businesses, self-employed people and holidaymakers caught up in the crisis.

Full text of the letter:

For months now, the Government has ignored repeated warnings from Labour and hauliers about the growing crisis at Calais.

The Road Haulage Association has made clear the impact of the current crisis on the UK haulage industry. Furthermore, the Freight Transport Association estimates the cost to the haulage companies caught up in the operation to be £700,000 a day. There are also reports of other businesses having been affected, including in the fresh produce, pharmaceutical, tourism and hospitality industries, not to mention the self-employed and holidaymakers. 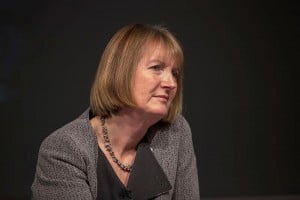 It is wrong for UK businesses and families to face these costs given border security failures in France. Your discussions with the French Government should therefore include a request for compensation backed up by any diplomatic pressure that may become necessary. Compensation should cover all losses.

Over the last few days, your approach has been devoid of any serious solution to the crisis. You have failed to initiate any diplomatic pressure on the French Government to assess asylum claims and make sure proper immigration procedures are followed. Instead you have chosen to inflame the situation with incendiary and divisive language, which will serve only to escalate the problem.

I hope that you will now undertake the urgent diplomatic effort with France and our other European partners to bring the crisis to a close, as well as setting out what steps you intend to take in the long-term to tackle the problems of people trafficking and the refugee crisis.

Because of the high level of public concern about the scenes at Calais and the effect on UK businesses and holidaymakers, I am releasing this letter to the media.