Just a few short weeks after Mohamed Al-Fayed stated that he would retain Harrods until death then be entombed on its roof, he decided to sell the luxury store to the Qatari Royal Family for Â£1.5 billion.

Fayed, also the owner of Fulham Football Club, failed to speak at the press conference announcing the deal, 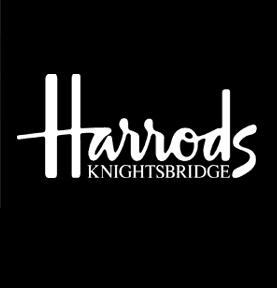 with the new owners calling the deal “truly magnificent” but not going into detail on the future plans for the store. It is thought though that the Diana shrine may be removed (but maybe the statue of Diana and Dodi will remain) and that Fayed may well not end up entombed there.

Ever since Fayed accused them of being involved in the death of his son and Diana, the British Royal Family has refused to shop there. But they are possibly in good company as, although touted as a top persons store, not that many of the really top people actually shop there. Maybe the new owners can get them back in the aisles.

Fayed had initially it seems wanted Â£2 billion but settled for Â£1.5 billion as a deal “too good to refuse”. He has also been assured that staff and their pensions will be protected.

Some people may see this as an improvement with Harrods being owned by Royals, as opposed to someone who is quite at home using envelopes stuffed with money to deal with politicians. But Fayed did make the store one of London’s attractions and also took a very personal interest in how it was run. I suspect he will be greatly missed, but he could at least have made the sale as eventful as his purchase when he took on and beat ‘Tiny’ Rowlands to the deal.

Cut the benefits to bankers