The report, ‘(Mis)understanding Climate Policy’ – written by Dr Ackerman and Joseph Daniel of Synapse Energy Economics, and commissioned by Friends of the Earth and WWF-UK – shines a spotlight on the modelling conducted for the Treasury by HM Revenue and Customs (HMRC), which assesses the impact on GDP of the UK’s carbon budgets. These are mandatory limits on the total amount of greenhouse gases the UK can emit over a five year period.

The modelling results are suspected to be influencing moves by senior Cabinet Ministers, in particular the Chancellor, to try to water-down the UK’s fourth carbon budget (covering the period 2023-27) – which the Government is currently reviewing.

However, Ackerman and Daniel’s report reveals that the HMRC model simply isn’t designed to cope with the complexity of long-term climate policies like carbon budgets, and makes important assumptions which bear little relationship to reality.

The report reveals that the model ignores:

•    the economic impacts of climate change, like the floods that battered the UK earlier this year;

•    the economic and health benefits of a range of side-effects of cutting carbon, such as air pollution;

The HMRC model finds that the fourth carbon budget, as currently planned, would reduce GDP by more than a weaker carbon budget.  However, this finding is entirely down to the weak assumptions put into the model in the first place; for example, just including very conservative figures for the economic benefits of reducing air pollution can easily wipe out this apparent loss of GDP.

The authors conclude that the model’s findings should be treated with extreme caution – and advise that the Treasury and HMRC open up the secretive model to public scrutiny.

“Rapid reduction in carbon emissions will improve public health, create new jobs, and help launch promising new industries and technologies. An approach that ignores all these benefits – as the HMRC CGE model does – is sure to misunderstand the real economics of climate policy.

"A person who chooses to wear a blindfold will often report that there is nothing to see, but this tells us more about the viewer than his surroundings. The same is true for economic approaches that are blindfolded by their own assumptions, unable to see that they are surrounded by multiple good reasons for a proactive response to the threat of climate change.”

“This report lifts the lid on the Treasury’s secretive economic modelling on climate change and shows that it’s riddled with flaws and worrying omissions.

“The one-sided model focuses disproportionately on the costs of developing a low-carbon future, while downplaying or overlooking key benefits – and completely ignores the damaging impacts of climate change on our economy. That’s like moaning about the cost of building a new hospital without considering the benefit of saving lives.

“David Cameron mustn’t allow his Chancellor to point to skewed economic models to help torpedo crucial efforts to put the UK in the forefront of tackling climate change. The longer we take to slash carbon emissions, the more costly it will be for us all.” 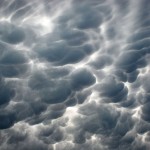 “Tackling climate change means less risk of the kind of devastating floods that hit the UK earlier this year as well as reducing dangerous air-pollution from burning fossil fuels. A model which purports to say anything about the economic impacts of tackling climate change and yet ignores the benefits of protecting our environment and our health is quite clearly very problematic.”

“This model would view Siemens and ABP’s £310 million investment in an offshore wind production plant in Hull, which is expected to create up to 1000 jobs, as hurting the economy by stealing jobs from other sectors. In reality it’s clearly a massive boost in a region where jobs are sorely needed.”

“Climate change affects us all, so the Government should make their models available for all to see, rather than keeping them behind closed doors.”

Dimitri Zenghelis, Former Head of Economic Forecasting at HM Treasury, and a peer reviewer of the report, said:

“Models are an important part of the economist’s toolkit, but they are all too frequently abused. Often the most interesting things when it comes to making predictions are those which are hardest to model – including the power of learning and inexperience in driving innovation, externalities such as unpriced pollution, and the complex problems of collective action over the provision of public goods or the full employment of resources. The result is that more often than not, they are simply not modelled.

“So long as model assumptions are clear and limitations properly flagged, models still play a useful role.  But as the report deftly shows, when models are wrongly assumed to provide a comprehensive assessment of the value of a particular policy, they can be wildly misleading and outright dangerous.”

“As highlighted in this report the HMRC CGE model does not take into account all benefits arising from the Government’s climate change proposals. For example, reductions in black carbon emissions will benefit both air quality and climate change ambitions in the UK.  Given that the health costs of poor air quality are budgeted at between £9 and £17 billion annually there are substantial financial benefits to be gained from policy measures that target both climate change and air quality.”