The euro crisis has continued to rumble on, with increasing signs that Germany is now wrestling with itself about how best to proceed. The spate of letters signed by German academics suggests that opinion is polarising rapidly. At its heart, this debate within the euro’s largest economy is only likely to prolong the crisis. But, on the outskirts, there are signs of a potentially more worrying development: the IMF might be about to lose patience with the euro altogether.

The IMF’s recent article IV consultation for the euro area was, in large part, the usual fudge between what the Fund wanted to say and what it was allowed to. But in an interview for the IMF’s own ‘Survey Magazine’, a senior Fund director was explicit and much clearer. Mahmood Pradhan is the Deputy Director of the IMF’s European Department, and mission chief for the euro area. And he decided to be a bit more pointed about what Europe needs to do.

In Pradhan’s eyes, the crisis is now at a critical stage. Most people would agree with this – Europe can just about cope with Greece (and Portugal, and Ireland) if it really needs to, but it cannot backstop Spain or Italy for any significant period. If these countries continue to see elevated and unsustainable funding costs, something will eventually have to give.

Pradhan is quite open about what he thinks the Europeans should do, citing the immediate priority as the need to establish a banking union and move towards fiscal integration. The former is what most European leaders thought they had agreed in June, although we have seen significant backsliding since. The latter is still anathema to many northern European states. In fact, the practical gap between the two is smaller than many might think (how is a banking union funded, after all?).

He also calls for the ECB to be more active, explicitly stating that it should consider quantitative easing (QE) to support markets in countries experiencing severe stress. This is one notable area where the official article IV document was more carefully nuanced, differentiating between QE and the ECB’s purchases of periphery debt. Again, many people would agree with Pradhan’s policy prescription: if it stepped into financial markets on even half the scale of the US Fed or the Bank of England, the ECB could mop up a significant swathe of euro area government debt and take some of the pressure off Spain and Italy. Ultimately that would only buy time – monetary policy cannot deliver structural change on its own – but it would be time worth buying.

Perhaps the biggest bombshell, however, is towards the end of the interview, where Pradhan states that fiscal integration will require common debt issuance at some point. If talk about fiscal integration is taboo, common debt is even more of a no-no. Merkel explicitly said that common bonds were the wrong way to go just three weeks ago. The IMF and German Chancellor are in direct conflict. 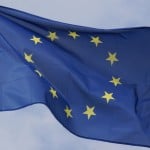 On reflection, Pradhan is just fulfilling what should be one of the IMF’s most important roles: giving an unbiased, analytical prescription for policy measures that should be taken. There are too few institutions or people that can credibly speak truth to power. But there is a bigger risk underlying the interview. In being so explicit about telling Europe what to do, the Fund could be signalling that it is losing patience with European policymakers. And this really matters because, as previously noted, European governments do not have enough money to cope with Spain or Italy getting into trouble. They would need the IMF or the ECB (or both) to help out. The IMF could be discretely telling European politicians that it will not submit to their will: instead, they have to do what it says if they want help. It is looking more and more like the rest of the world are getting ready for Europe to blow up, and trying to limit their own exposures.