Pop singer Justin Bieber has allegedly broken up with his girlfriend of many years, Selena Gomez, after rumours of an affair with Rihanna.

According to MediaTakeOut (cdn.mediatakeout.com/56176/shock-report-selena-gomez-breaks-up-with-justin-beiber-over-rumored-romance-with-rihanna.html), the aforementioned rumoured split and affair are backed up with other circumstantial evidence.

Justin's recent Tweets suggest that there is a relationship which has ended but the nature of the relationship and to whom it is directed are, it appears, for the individual to decide.

The Tweet in question thanked someone for the time they shared however Justin iterated in the Tweet that it was time to "move on", this however could be a reference to almost anything.

But what is intriguing is further circumstantial evidence pointed out by MTO to the fact that Selena Gomez is no longer following Justin Bieber on Twitter.

Another point to note is Gomez's absence from the Billboard Awards, at which Bieber won an award and there is precedence for this where other stars have split after not attending awards with their respective spouses and not thanking them in their speeches.

Then there is the Chris Brown connection.

Rhianna's ex-boyfriend, Chris Brown, who is rumoured to have slated Rihanna's remix of Theraflu because he had caught wind of the alleged goings on between Rihanna and Bieber.

But these unimportant people are boring me now…..*sigh* I love my job. 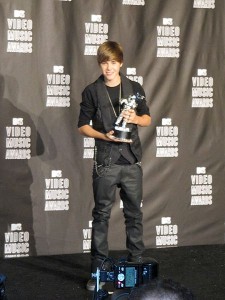