Some service providers have been getting clients to set up 'continuous payment authorities' (CPA), which are also known as recurring transactions or recurring payments. These are used for such things as Payday lender and gym membership payments and are notoriously difficult to cancel.

That means once you've authorised the payments you might not be able to stop them immediately, if at all. The account holder gets the run around being told to contact their bank who then tells them that only the original merchant can cancel it, despite the rules actually saying otherwise. This of course means that the account holder has effectively lost control of part of their outgoings, something that the likes of payday lenders like to take advantage of. In some extreme cases people have been forced to shut accounts or change banks just to get rid of them.

A continuous payment authority should not be confused with a Direct Debit, which is easy for the consumer to cancel.

Now however the Financial Conduct Authority has stepped in to protect the consumer and has said that any consumer that has set up a CPA will now be able to successfully cancel it simply by contacting they card provider.

This comes after a review of large banks' practices when processing requests to cancel CPAs.

Compensation to consumers may also be due. The FCA has said that the largest banks and mutuals will be reviewing the complaints they have received about the non-cancellation of CPAs since November 2009 (when the FCA's predecessor the FSA was set up) and pay redress where appropriate. 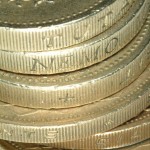 "We recognise that historically this is an area where some customers have struggled but the banks and mutuals have responded positively to our work on this issue. From now on we expect them to be getting this right. In addition, they have committed to review past complaints.

"We have also been talking to organisations like Citizens Advice to understand how this affects consumers and have worked with the firms concerned to achieve improvements.Â  Today's announcement will give consumers more control over their finances and expenses."

Cancelling a CPA does not of course cancel any of the consumer's obligations to pay, but it does allow them to decide who to pay and when.