The special summit, organised by the Energy Bill Revolution, Friends of the Earth and UK Health Forum will bring together academics, senior politicians, policy makers, health bodies and NGOs to discuss national and local actions to tackle the cold homes crisis.

The summit will present the economic case for swift action, the latest evidence on the mental health impacts of cold homes, the considerable health benefits from cutting energy waste and the role front line professionals can play in securing energy efficiency improvements.

The Energy Bill Revolution is calling for the £63bn that the Government will receive in carbon tax over the next 15 years to be used to fund an ambitious energy efficiency programme to super-insulate the homes of the fuel poor. An average family household could save up to £500 on energy bills by having their property insulated.

Carbon tax could be used to provide a massive financial boost for Public Health England, NHS England, local authorities and GP-led clinical commissioning groups to support the delivery of such a programme. This would help improve the health of some of the UK’s most vulnerable citizens, keeping them out of hospital and easing the burden on the NHS as well as reducing carbon emissions and boosting the economy.

“It’s a national disgrace that so many people die in the UK each year because they live in cold, damp and heat-leaking homes.

“There is mounting evidence on the health impacts of cold homes and the crucial role that cutting energy waste can play in tackling this issue.

“National and local policy-makers must do more to champion energy efficiency if we are to tackle the UK’s cold home crisis.” 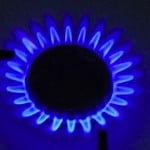 • In 2011/12 there were 24,000 excess winter deaths in England and Wales. Several thousand of these deaths are due to cold housing in the winter months

• Fuel poverty affects three million households in England and the health and well-being impacts of living in cold homes are significant, particularly for the young, elderly and vulnerable

• Treating the illnesses caused by cold homes costs the NHS £1.36 billion a year