David Cameron caused more than a ripple during the recent Conservative Party conference when he announced that Help to Buy ‘Part 2’ – the government’s controversial mortgage guarantee scheme – would be starting three months early.

The scheme launched officially on Monday 7 October, with the lenders who are already members of the scheme (Halifax, Natwest and the Royal Bank of Scotland) announcing the products for which they will soon be taking applications.

First time residential buyers are already signing up to buy homes worth up to £600,000 with deposits as small as 5% – with the government providing a guarantee to the lender for a further 15% of the loan. The state-backed security aspect, which leaves the government liable for a potential £130 billion worth of mortgages, is only one side of the controversy; the sudden bolster to the purchasing power of thousands of individuals has also renewed fears of a property bubble.

What about buy to let mortgages?

A bone of contention since its announcement in the March 2013 Budget, it can now safely be said that Help to Buy will not apply to mortgages on second homes, nor will it apply to buy to let mortgages. However, the scheme is certain to have an effect on private landlords, whose properties account for some 4 million households in the UK.

Firstly, there will be a slightly reduced pool of prospective tenants, as a number of current renters will be purchasing their own homes. Secondly, landlords hoping to expand their portfolios will find increased competition from first time buyers. Thirdly, the prospect of a property bubble – and subsequent crash – spells disaster for those who have made careers out of property management.

So, should landlords be worried?

Opinion on the likelihood of a housing bubble is divided, to say the least. This includes within the government, where even members of the same party cannot see eye-to-eye. Whilst Business Secretary Vince Cable has expressed concerns, his fellow Liberal Democrat Danny Alexander has brazenly declared that those worrying about a housing bubble should “get out more”.

Back in March, former Housing Minister Mark Prisk gave a slightly more forensic response to the concerns, claiming that Help to Buy – in facilitating up to 74,000 home purchases by March 2016 – will account for only 2.2% of the 3.4 million transactions estimated to take place in that time. This would be unlikely, he claimed, to have any ‘material effect’ on house prices.

Should this prove to be overoptimistic, there is a second line of defence: at the end of September, it was announced that Chancellor George Osborne plans to grant the Bank of England the power to ‘intervene’ should signs of a bubble emerge. The Bank’s Financial Policy Committee will be able to recommend increasing the mortgage guarantee fees charged lenders or reducing the £600,000 property price cap.

It seems, then, that the health and sustainability of the scheme is under careful scrutiny. However, a bubble is not all there is to fear.

The Bank of England base rate has sat at 0.5% – a record low – since 2009. Amongst other things, this means that the fixed differentials that lenders need to charge on tracker buy to let mortgages has increased from a fraction of a percentage to 3% or more. Were the BBR to rise suddenly from its near-grave, landlords on tracker mortgages could find their monthly repayments skyrocketing. 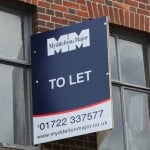 One thing economic recovery does mean is the inevitable recovery of interest rates to combat rising inflation. On Tuesday 8 October, the IMF doubled this year’s growth forecast for the UK from its previous estimate (in April) of 0.7%; if the economy does expand by this amount, and employment rises to meet it, an increase in the BBR before 2013 is out looks like a very real possibility.

A couple of lenders are already ahead of the curve; citing obscure clauses that allow them to pump up the differentials on their trackers ‘in response to market conditions’, both West Bromwich Building Society and, earlier in the year, the Bank of Ireland, have increased the rates on thousands of their tracker products, leaving commercial and residential borrowers alike struggling to find room in their monthly budget for the increased repayments.

Whilst it remains to be seen what impact Help to Buy will have, the three-month window to prepare for it has snapped shut. In the best case scenario, the government and treasury will get the balance right and set us on the way to recovery. If they get it wrong, we could well find ourselves weathering another storm before we’ve even shed our Pac-a-Macs from the last one.

Entrepreneurs and the 1 Month Project